What happened with DUI in Pennsylvania Courts in 2015? 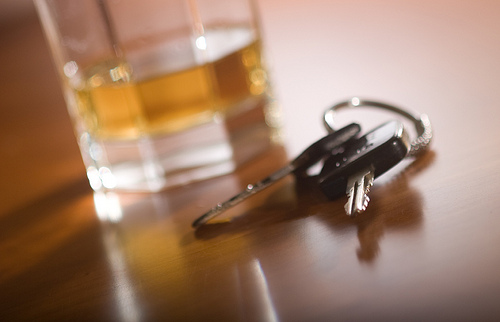 Criminal law is always evolving and driving under the influence (DUI) or drunk driving is no exception. In Pennsylvania, if a person is found guilty of a DUI, he faces a drivers’ license suspension, jail time, and substantial fines. There are, however, a number of ways that your criminal defense lawyer can fight DUI charges and I encourage you to not only read this short article but also my book, 5 Ways to Fight and Win Your Pennsylvania DUI Case. Also check out my videos on this topic

A DUI defense strategy should always focus on reasonable suspicion and probable cause to stop a car. In 2015, a number of Pennsylvania court decisions dealt with all this area and we’ve put together a short list of the decisions that could make a difference in your Pennsylvania DUI case in 2016!

This case is important because both Philadelphia Police and Pennsylvania State Troopers frequently testify that they stopped a car simply because they “believed” that the driver was acting “unusual” and not because they driver was actually committing a crime or violating the traffic code. Remember, that if police don’t have probable cause to arrest or reasonable suspicion to begin an investigation (a stop) it’s a violation of your 4th Amendment right against illegal search and seizure. Under the Exclusionary Rule, all evidence (Blood or Breath Sample) is inadmissible in court and can’t be used against you.

The Pennsylvania Supreme Court found that a driver acting “antsy” or nervous isn’t sufficient reasonable suspicion for a police officer to ask that the driver to exit the vehicle and perform the Standard Field Sobriety Tests. There are three (3) field sobriety tests which are generally used in a DUI stop. The proper administration of these tests is critical to establishing probable cause to arrest someone for DUI.

A trial court in Berks County granted a Motion to Suppress where the only probable cause to stop the car was the Defendant’s vehicle crossing the dotted white lines/fog lines. The court found that the driver didn’t commit a traffic violation and there was no other erratic driving observed Based on this alone, there was no probable cause to stop the vehicle based on a traffic violation.

Another trial court in Berks County (Commonwealth v. Vang) also granted a Motion to Suppress based on the vehicle only touching the yellow line four times within a one mile distance. Another trial court in Commonwealth v. Youch (Cumberland County) granted a Motion to Suppress where, again, the alleged probable cause was based on touching a double yellow line. There was no indication of erratic driving or even the length of time the car crossed the line. In these cases, however, it appears that the issue is whether oncoming traffic and other natural obstacles were present at the time of the stop.

For instance, in Commonwealth v. Wells the trial court found probable cause existed and denied a Motion to Suppress because the vehicle not only crossed a certain line two or three times but there was occasional oncoming traffic, hills, and oncoming curves which created a substantial risk to the other drivers. In another case, Commonwealth v. Doyle, (Carbon County), the court found probable cause where the state trooper stopped the vehicle when, again, the vehicle crossed double lines and almost struck a curb while making a left hand turn.

It is important to understand that erratic driving isn’t a prerequisite for either reasonable suspicion or probable cause of a DUI stop but courts are focusing on the totality of the circumstances. For instance, in Commonwealth v. McCoy the court found reasonable suspicion when the driver failed to use a left turn signal and was observed allegedly engaging a prostitute.

The issue of reasonable suspicion and probable cause isn’t only important in situations where police stopped a car for an alleged drunk driving but also in cases of DUIs involving drug such as marijuana, cocaine, heroin and other controlled substances. In Commonwealth v. Jones, for instance, the court found that probable cause existed for an arrest where the only thing that the police officer observed was the strong odor of burnt marijuana emanating from the driver’s vehicle. The court found that probable cause existed because unlike alcohol, a person isn’t permitted to drive a car with any amount of illegal drugs in their system. You are permitted, however, to drive a car if you consume some alcohol so having alcohol on your breath may not provide an officer with probable cause to arrest if there is nothing else articulated by the officer during the Motion to Suppress.

For more information on DUI defense and probable cause, read my book or watch one of my videos on this important topic. Our law firm wishes you all the best in 2016!

Giving Consent Could Hurt Your Chances In Court 5 Things NOT to do if police show up to arrest you in Philadelphia!