5 Things NOT to do if police show up to arrest you in Philadelphia! 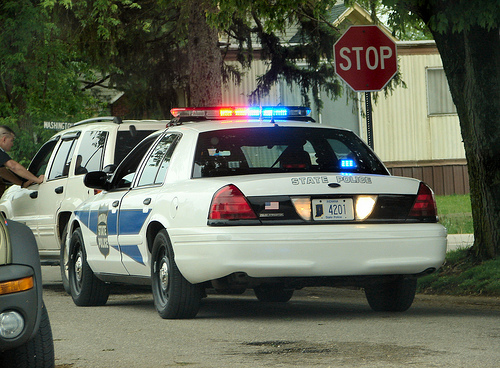 My blog is based on questions from my clients and their families. There are lot of people who want to know what to do if police come to their house or place of business with an arrest warrant.  Here are 5 things that you should do in this situation:

I can’t tell you how many clients make my job harder by giving the police a hard time. I’ve been a criminal defense lawyer for almost a decade.  My job puts me on the opposite side of police everyday but, I consider many my friends and I have the highest respect for what they do!  This may sound strange but I question any criminal defense lawyer who “hate police” or make derogatory comments about them on social media.

This doesn’t mean that I don’t want to win in court or do my best to ensure that my clients get great results. I want to win but … I’m not a jerk!  Giving the arresting officer trouble is never going to help your case and it’s only going to make it worse which ultimately make my job harder.  So if you want to really help your criminal defense lawyer….don’t be a jerk to police.  Not being rude, however, doesn’t mean volunteering information or helping them collect evidence in your case.

Guilty people don’t run! I actually disagree with this statement because there reasons why people run from police.  The biggest reason in my experience is poor judgment and an internal nervous reaction (fight or flight).  Getting arrested is scary and you’re going to experience a burst of emotional responses.  You need, however, to try to keep it together and resist the urge to run away.  First, running is going to make you look guilty.  If your criminal case ever goes to trial, the assistant district attorney will specifically ask the judge or jury to consider you’re running as “consciousness of guilty.”  This is an incredibly powerful argument for the prosecution.  It’s even worse if you actually get away from police and your later get picked up on an arrest warrant at a traffic stop or worse at the airport or bus stop.

Even if you turn yourself in to police, it doesn’t change the fact that you ran. Running also increase the chance that a judge will set a high bail.  Bail is based on your risk of flight, the danger you present to the public and your contacts to the community.  Even if you have 2 out of 3 going for you, running before you even get to court makes it look like you’re going to do it again if given the opportunity.

3.  Don’t tell them your side of the story

Shut up! That may sound like hard language but it’s the truth.  This isn’t the time to tell police what really happened; don’t say anything!  A verbal statement is just as bad as a written statement.  In some cases, a verbal statement is even worse because words can be taken out of context or misunderstood.  Making a statement is never going to help you’re case.   Even if police tell you that making a statement will “make things go easier” don’t believe it.  Again, respect police but don’t believe them when they try to tell you how things will go in your case.   They aren’t responsible for prosecuting your case.  They don’t even ultimately decide what charges you will face so don’t believe them when they say things will go easier if you just talk to them.  You’re just giving the prosecution more evidence to use against you.  I can’t tell  you how many cases I’ve had which would have worked out in our favor had my client just shut his mouth

4.  Don’t give consent to the search of anything

If police are asking if they can search it, they probably need a search warrant. Remember that all warrantless searches are presumed to be unreasonable in Pennsylvania, New Jersey and every other state.   The 4th Amendment to the United States Constitution specifically protects your right against illegal search and seizure.  You’re consent, however, waives that right

5.  Don’t forget to your friends and family your lawyer’s name and number

If you’re being arrested, you need to start thinking about bail! Remember that bail hearings are 24 hours a day, 7 days a week in Philadelphia.  Your criminal defense lawyer should have a 24 hour phone number.  Our firm doesn’t believe in an after hours voicemail because most calls to our office during these times are from people’s whose friend or loved one has been arrested.  Bail is extremely important because it’s always easier to fight your drug, gun or DUI case from the street than custody.

For more information on criminal defense strategies and tactics, I encourage you to visit my download section of the website

What happened with DUI in Pennsylvania Courts in 2015? Warrantless Searches and How To Avoid Them