Giving Consent Could Hurt Your Chances In Court

The issue of consent is critical in drug and gun cases.  Police often find evidence of these crimes after a person is initially detained and there is an investigation following that stop.   The Fourth Amendment to the United States Constitution and Article 1, Section 8 of the Pennsylvania Constitution prohibits a police officer or any law enforcement officer from conducting a search without a warrant. 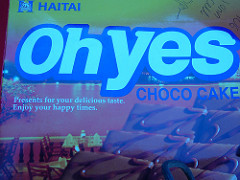 The warrant needs to be supported by probable cause to authorize the search. The warrant, however, is not required where a person unequivocally and specifically consents to the search. In order to consent to the search, however, the person either explicitly or implicitly must have the authority (ownership or possession), over interest in the area searched. In Pennsylvania, if the prosecution wants to establish a valid search it must prove that the consent was given during a legal police stop (i.e. a lawful detention or investigation). If the consent was given during an illegal police stop, the prosecution must prove that the consent was given voluntarily and not the result of the illegal investigation or detention.

Illegal drug charges vary in their severity based on the type of substance.   Similarly, gun charges vary in severity but are normally felony offenses as opposed to misdemeanor offenses. In gun (firearm) and drug cases police often act without a search warrant using either the consent of the accused or exigent circumstances. Exigent circumstances allow the police to bypass the need for a warrant under the theory that the evidence will be lost or destroyed if police don’t immediately act to preserve it. Remember that all searches in Pennsylvania and any other jurisdiction require a search warrant unless police can prove either consent or exigent circumstances.

In order to detain someone the police must have reasonable suspicion. Reasonable suspicion is a lower form of probable cause. Probable cause is the burden the police must establish to search or arrest someone. In Pennsylvania, police seize someone either during an investigative or custodial detention when the person’s “movements are restricted” either by physical force or a “demonstration of authority” by the police officer. The test that the courts use is whether a reasonable person would have believed he was free to leave and walk away from the police officer. Courts in Pennsylvania review all police stops using a “totality of the circumstances” analysis. Courts will evaluate the characteristics of the person including his/her age, education or prior criminal history and how a reasonable person in the Defendant’s position would have reacted to the interaction.

In situations where police don’t have a search warrant and search a person or a piece of property with simply a person’s consent the prosecution must establish that the consent was knowing, intelligent, and a voluntary waiver of the person’s fourth amendment rights and the rights under the Pennsylvania constitution. The mere fact that a person has agreed to a search isn’t good enough! Courts in Pennsylvania have found that where police show their authority intimidation and duress are almost implicit in that interaction.

The Pennsylvania Supreme Court has ruled that consent can only exist where there is a “total absence of duress or coercion, expressed or implied”. Therefore the command of a police officer, in many cases, equates to coercion. Pennsylvania courts will normally find consent valid where a person isn’t in custody and there is no evidence presented that the accused was pressured into signing a consent form. Attorneys can also use the fact that the consent form wasn’t signed as strong evidence of coercion or pressure. Once a person is in custody however the voluntariness is not assumed but must be established by the Commonwealth (the prosecution).

If the prosecution can’t present testimony that the consent wasn’t the result of duress or coercion a court will more than likely invalidate the search and find all of the evidence of the search inadmissible in court. If evidence is inadmissible the prosecution can’t use it in its case against you!   Your attorney will make this argument during a motion to suppress evidence. If you have questions about searches or seizures give our office a call, watch one of my videos, or read my book “Commonwealth v. You!”

Are Emails, Texts & Voice Messages Private In Pennsylvania? What happened with DUI in Pennsylvania Courts in 2015?