The Top Criminal Court Decisions in 2015 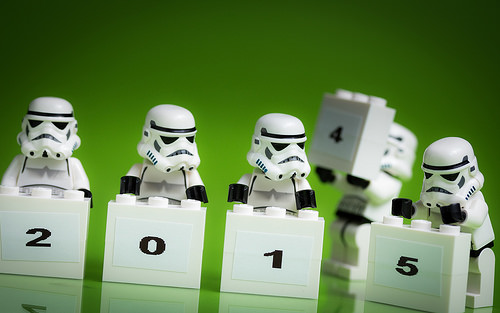 It’s the holiday season and the end of the year!  It’s no time to slack off and important that your criminal defense attorney stay on top of changes in the law.  This is reason we always encourage our client to read our blog.    2015 brought a number of court decisions which will affect criminal cases for years to come. While Pennsylvania criminal courts make decisions every day, we have compiled a list of the top 10 decisions

These decisions were made by the Pennsylvania Supreme Court and the Pennsylvania Superior Courts, which are appellate courts in our Commonwealth. Appellate courts are higher courts than the Court of Common Pleas, which is Pennsylvania’s trial court. Trial courts hear felony and misdemeanor cases and appellate courts review those decisions. These top 10 criminal cases focus on non-DUI decision. So much happened in the area of DUI this year that we decided to make a separate list for those so please look for that future article on my blog.   Without any further delay, here is our top 10 list.

The Pennsylvania Supreme Court ruled that the two (2) year mandatory minimum sentences for possession with the intent to deliver a controlled substance (PWID) within 1,000 feet of a school is unconstitutional based on the Supreme Court’s decision in Alleyne v. United States. The Pennsylvania “drug free school zone” statute is therefore unconstitutional and the mandatory minimum sentence for PWID doesn’t apply in these cases.

The Pennsylvania Supreme Court found that a defendant has the constitutional right against self-incrimination even if being questioned by parole agents (parole officer). The court found that not advising the defendant of his Miranda rights (right to remain silent) was a violation of the defendant’s constitutional rights. The court therefore ruled that the defendant’s statements to the parole agents should be suppressed under Article 1, Section 8 of the Pennsylvania Constitution and the Fourth, Fifth, and Fourteenth Amendment to the United States Constitution.

The Superior Court of Pennsylvania found that text messages obtained through a search warrant were inadmissible because the prosecution failed to authenticate that the defendant sent the message but merely showed that he owned the cell phone which sent them. Further, the court found that the messages themselves were hearsay and therefore also inadmissible in court. The defendant in this case, however, was still convicted because there was evidence that he threw drugs out of a car window which the police later recovered. This observation by the police officer was enough evidence for the court to find the person guilty beyond a reasonable doubt.

The Pennsylvania Superior Court found that there was probable cause to search the Defendant’s car following a traffic stop for DUI even though he wasn’t in custody at the time of the search. In Pennsylvania, after Commonwealth v. Gary, trial courts and appellate courts are finding that the inherent mobility of a car allows police to search the vehicle if they have probable cause based on the statements and movements of the Defendant. This was not always the law in Pennsylvania and hopefully Pennsylvania criminal defense lawyers like myself will continue to fight this issue in court.

Pennsylvania Superior Court found that a Defendant doesn’t have a constitutional right to confront witnesses at a preliminary hearing and therefore the Commonwealth (prosecution) can establish a prima facie case through hearsay evidence alone. I have written a previous article on this topic.

The Superior Court ruled that evidence obtained from a suspect who was a passenger in a vehicle stopped for a break light should be suppressed because it violated the Defendant’s rights under Article 1 Section 8 of the Pennsylvania Constitution and the Fourth and Fourteenth Amendment to the United States Constitution. In this case, the police officer frisked the suspect because he had reasonable suspicion that this person possessed some type of contraband (drugs or guns–VUFA charges). The police officer’s video camera on his patrol cruiser recorded the entire incident which showed the officer not only frisking the suspect but squeezing the item that he believed to be contraband and questioning the suspect as to what it was. Based on the questioning and the police officer’s manipulation of the item in the person’s pocket the court found that it wasn’t immediately apparent that the item was contraband. The court therefore ruled that the frisk violated the person’s constitutional rights.

The Pennsylvania Supreme Court ruled that evidence should be suppressed following a traffic stop in which the driver was initially “free to go” and then was subsequently questioned by the police officer. The questioning ultimately led to the driver’s arrest. The court here found that the driver was never “free to go” and all of the questioning violated the Defendant’s constitutional rights under the Fourth, Fifth, and Sixth Amendments.

The Pennsylvania Superior Court ruled that police didn’t violate a Defendant’s 4th amendment rights against illegal search and seizure when they entered his hotel room without a search warrant. The Court found that exigent circumstances existed for the warrantless search of the room. Police had entered room after receiving a report of domestic violence and that the alleged victim was in the room. The court found that the exigent circumstances were the potential harm to the victim still in the room at the time the police entered. When police came into the room, they found drug in “plain view” which is another exception to the search warrant requirement. Had the drugs been concealed and not in plain view, this case would have probably ended differently.

Our criminal defense law firm always wants to stay on the cutting edge of the law. I encourage you to read my other articles on my blog, my 2 other books on criminal defense and to watch my videos.

Bill Cosby: How they may get him Too much fun? Too loud? When is it a crime in Pennsylvania?