Philadelphia Eagle Josh Huff: What are his options? 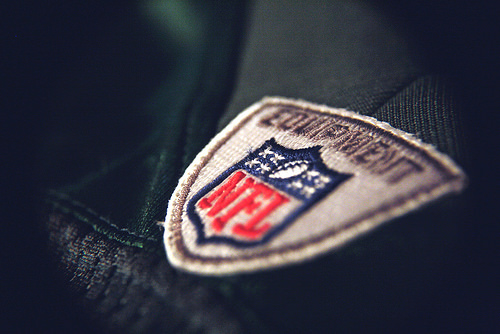 Philadelphia Eagle Josh Huff was arrested this Tuesday morning as he crossed over the Walt Whitman Bridge and into Camden, New Jersey from Philadelphia.   Huff was initially stopped for speeding and police discovered drugs and firearm during the traffic stop. It is also unknown if Huff had a permit to carry the handgun.

Despite this situation for Mr. Huff, it is good opportunity to provide some more information about gun charges in the Garden State under its Graves Act – N.J.S.A. 2C:43-6(c). Before discussing this case Mr. Huff maintains a presumption of innocence. In addition to this issue, his defense lawyer should assess the legality of the traffic stop to determine the viability of a motion to suppress evidence. For now, however, I want to focus on his possible criminal exposure following a conviction or plea.

Unlike Pennsylvania, New Jersey requires a license to own a firearm of any type including antique weapons. Further, its crime in New Jersey to possess a handgun outside of your home or your place of business without a permit to carry. If a person carries a handgun without a permit, he or she could face the charge of unlawful possession of handgun; a 2nd degree crime in New Jersey.  There are exceptions for transporting guns in NewJersey

New Jersey has some of this country’s toughest handgun and firearm laws. The Graves Act imposes a mandatory minimum 42 month state prison sentence for those convicted of the unlawful possession of a handgun, loaded rifle or shot gun, or other firearm. If Mr. Huff was stopped on the Pennsylvania side of the bridge, his case would be in a different position. Pennsylvania doesn’t have mandatory minimum sentencing for guns and firearms.

While Mr. Huff is potentially facing a mandatory minimum state prison sentence, New Jersey does maintain a “safety valve provision” which permits a judge to sentence a defendant for an illegal firearm or handgun to a reduced mandatory minimum period of incarceration and even a probation sentence. The important point here however is that this provision in the New Jersey law is the judge’s discretion but still requires the prosecutor’s approval.

Even if the prosecutor approves to the safety valve provision, the sentencing judge must find that “the interest of justice” will not be served by the imposition of a mandatory minimum turn”. Negotiated pleas are not permitted in New Jersey.  While the prosecution is able to recommend a specific sentence, the court isn’t obligated to accept either side’s recommendation.

The safety valve provision under the Grave’s Act is an option for second degree and third degree crimes so Mr. Huff could qualify for it.   In addition to this provision, the Eagle is probably also eligible for NJ’s Pre-Trial Intervention (PTI). While prosecutors can’t categorically deny a PTI application they do normally not consent to a PTI disposition unless the case involves a extraordinary or compelling circumstances.  The following would qualify for these types of circumstances:

Finally, while probably the least favorable option for Mr. Huff, his defense attorney can also negotiate for a “Graves Waiver” which would reduce the minimum turn of parole eligibility from three years to as low as one year. I’ll have more comments on this case as it progresses. For more information on gun charges, I encourage you to read my blog and visit my free download section