Is finding the murder weapon that important 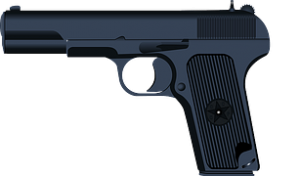 Readers of my weekly blog that focuses on criminal defense tactics and strategies in Pennsylvania and New Jersey often find articles focused on the defense of criminal defenses involving illegal drugs, narcotics, guns, and DUI/DWI, in these two jurisdictions. In addition to these types of crimes however, our firm also defends those charged with violent offenses such as aggravated assault and homicide (murder, manslaughter). Regardless of the severity of the crime however, it’s important to keep in mind that the burden is always on the prosecution (district attorney) to prove a person guilty beyond a reasonable doubt. While this evidentiary standard is high, it is not necessary for the prosecution to prove a person guilty to some degree of mathematical certainty.

Do They Need the Weapon?

A big question that we have received recently is “Is a murder weapon necessary for conviction in a prosecution for murder or manslaughter?” The quick answer is no, a murder weapon is not necessary and neither is an actual body needed for a conviction on a homicide charge.

The murder weapon is helpful to the prosecution because it is extremely powerful evidence against the suspect. In addition to the weapon producing potential DNA or fingerprint evidence, it also potentially can sometimes produce an actual record of the suspect purchasing the weapon. These factors, as well as potentially finding the weapon in a suspect’s actual or constructive possession, are all strong examples of circumstantial evidence which is often necessary especially in cases where there is weak direct evidence (eyewitness or video).

These statements come from witnesses who are asked or compelled through a subpoena to testify during a criminal trial. These statements can also be exculpatory but where they are inculpatory, the witness will state that they saw the defendant at the scene of the crime or heard his/her voice during the commission of the criminal offense.

This would include testimony from physicians, forensic scientists, psychologists, and other professionals who have advanced education, experience, and highly specialized skills. In a murder prosecution, for example, a forensic expert could testify that a victims wounds indicate that the killer was left handed and so this testimony could inculpate a defendant who was left handed or exculpate a defendant who was right handed.

One of the strongest pieces of evidence against a defendant is his or her own words made to police or other witnesses following a crime; remember that this is admissible hearsay evidence. It’s very important to understand that all communication is admissible in court unless it is with an attorney, doctor (for medical treatment), or a member of the clergy. There are even some prosecutors who are skillful enough to elicit admissions of guilt from the defendant who chooses to take the stand in his or her own defense.

The bottom line is that physical evidence, like a murder weapon, is not necessary for a prosecution but it is helpful. For more information on criminal defense tactics and strategies, keep reading my blog.