Defending the most dangerous drug in the world! 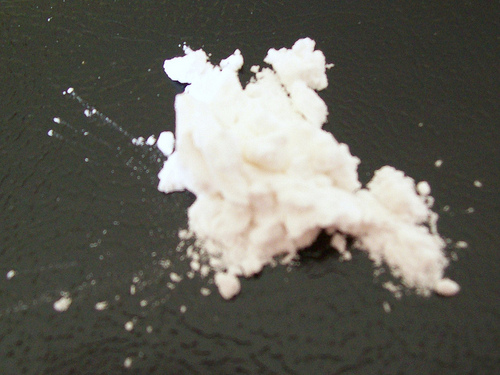 Phencyclidine (PCP), sometimes referred to as “angel dust”, is a Schedule II controlled substance that users can ingest orally, smoke, snort, or inject. Originally, PCP was used in the 1950’s as an anesthetic drug but was later taken off of the market in the mid 1960’s because scientists found that it created severe hallucinogenic side effects.

The side effects of PCP vary depending on the dosage used but its important that your Pennsylvania criminal defense attorney understand them. Defending the possession or the possession with the intent to deliver (PWID) PCP, like other controlled substances, requires that your attorney apply specific legal principals at trial and during pre-trial Motions to Suppress Evidence. As I always state—the burden of proof is on prosecution and never on the defense!

Part of your legal defense, however, should involve addressing the effects of the drug on a user especially in cases where your attorney is attempting to distinguish between simple possession and possession with the intent to deliver the drug. There is a strong difference between these two criminal charges because simple possession is a misdemeanor while PWID is a felony in Pennsylvania. A felony conviction subjects you not only to a possible state prison term but an extended period of probation. In addition, a felony conviction can seriously limit your professional and educational opportunities.

In low dosage, PCP produces numbness in the extremities and intoxication type symptoms such as staggering, unsteady gait, slurred speech, blood shot eyes, and loss of balance. High doses, however, often produce violent convulsions and violent tendencies. PCP is highly addictive and this is the reason why it is classified as a Schedule II drug. The only reason why it isn’t a Schedule I drug is because it, unlike drugs like cocaine and heroin, actually has some medically accepted uses.

When your attorney is attempting to distinguish between simple possession and possession with the attempt to deliver he should focus on the form of the drug in your particular case (tablets, powder, liquid) along with whether the prosecution can establish either actual or constructive possession of the drug. Remember that a PWID charge requires more than demonstrating a person either actually or constructively possessed a substantial amount of a particular drug.

The prosecution must establish beyond a reasonable doubt that you intended to sell, distribute, or deliver the drug to another person. Your attorney therefore should focus on the possible lack of drug paraphernalia, observed transactions, and money in addition to your actual mental and physical state at the time of your arrest. A person’s physical reaction to a drug can often demonstrate that a person is a drug addict as opposed to a drug dealer. Again, simple possession is a misdemeanor while PWID is a felony charge in Pennsylvania.

If you have more questions about PCP and other controlled substances I encourage you to read my books, subscribe to my newsletter, and watch my videos.