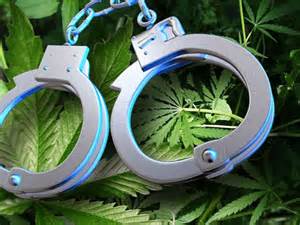 Despite what seems like a constant debate over the legalization of marijuana, it remains a crime at the federal level and in Pennsylvania. Our criminal defense law firm had handle hundreds of these cases. While cities like Philadelphia have passed “marijuana decriminalization bills” this simply means that municipalities are not treating it as harshly. Philadelphia, for instance, has chosen, despite state law, to treat the possession of under 30 grams of marijuana as a violation of City ordinance but it technically remains a misdemeanor crime.  Read my article on this issue for more information and watch my videos which address drugs, and other crimes in Pennsylvania.

Possession with the Intent to Deliver (PWID) marijuana remains, however, a felony even with the Philadelphia’s new ordinance. If you are stopped in Philadelphia and arrested on charges of PWID-Marijuana you will be prosecuted and if convicted you will have a felony record. While the law may change in the near future regarding marijuana, it remains a schedule I substance just like heroin, methamphetamines (ecstasy), and LSD. Marijuana is a schedule I drug because it has a high potential for use and has no accepted medical use despite a continued debate on that issue as well.

Marijuana is produced from the Hemp Plant (cannabis sativa). The most active chemical in marijuana is THC (delta-nine- Tetrahydrocannabinol). The drug is inhaled through the lungs and goes into the blood stream where it is carried to the brain and other organs throughout the body. This process leads to a state of euphoria or “high”. All marijuana isn’t the same and the strength of the drug is based on the amount of THC it contains. While the US Government again considers Marijuana as a schedule I drug, some states (Washington, Colorado, Alaska) have already legalized its use.

The short term side effects of marijuana are loss of coordination, motor skills and decrease reaction time. These are all points that your criminal defense attorney should consider when evaluating your criminal charges. Long term use of marijuana can result in the same health problems as traditional cigarette smoke. Some experts have classified marijuana as a “gateway drug” which leads to the use of other illegal drugs. Marijuana addicts who attempt to quit experience similar withdraw symptoms as other drug users such as sleeplessness, irritability, anxiety, decreased appetite and cravings.

Marijuana remains a criminal offense at the federal and state level and a proper criminal defense strategy focuses on the same issues that arise in other drug cases. Focusing on issues such as reasonable suspicion and probable cause at the pre-trial level and constructive and actual possession at the trial level are good starting points for any criminal defense. For more information I encourage you to read my books, subscribe to my monthly newsletter, and weekly e-newsletter.

Criminal Narcotic Charges Defending the most dangerous drug in the world!