Not Guilty! How our firm got the results in this drug case! 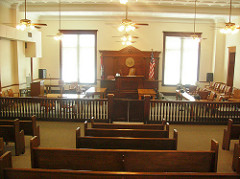 Our client was charged with possession with the intent to deliver (PWID) and simple possession of the drug Suboxone; these are felony and misdemeanor criminal drug charges respectively. Suboxone is a Schedule III drug because it has the potential for abuse and dependence. I encourage you to read my previous articles on the different types of drug schedules. If our client was convicted she faced a maximum of seven (7) years in state prison and a $25,000.00 fine. While the possession with the intent to deliver drug charge carried a three (3) year maximum state prison sentence, our client was also charged with conspiracy related to this crime. If you are charged with conspiracy related to any crime, the possible punishment follows the principle act. So in this situation she faced three years from the PWID and three years from the conspiracy charge along with one year for the simple possession charge.

The PWID and the conspiracy are ungraded felonies in Pennsylvania while the possession charge is a misdemeanor. While the district attorney (prosecution) offered our client three (3) years of reporting probation our client rejected this offer based on our recommendation. We went to trial in front of a judge without a jury (this is known as a waiver trial).

Our criminal defense law firm didn’t file any pre-trial motions such as a Motion to Suppress Evidence based on a violation of our client’s Fourth and Fourteenth Amendment Rights under the United States Constitution and the Pennsylvania. A pre-trial Motion to Suppress challenges the issue of reasonable suspicion and/or probable cause to stop or arrest an individual for a crime. In this situation, police had probable cause because they stopped our client based on several observed transactions between people in her company with a confidential informant.

Police executed a search and seizure warrant on a home where our client was found along with other individuals. In addition, police recovered our client’s purse which contained the drug Suboxone which was also the drug found on the confidential informant. In addition to the drugs, the police found $3,100.00 in cash in the area near our client’s purse. The prosecution argued that our client’s mere presence in the home at the time the search warrant was executed, along with the drugs in her purse, provided sufficient evidence to prove her guilty beyond a reasonable doubt. The prosecution’s case was based on constructive drug possession because no drugs were found on her at the time of her arrest.

Our law firm argued that the police failed to observe any street transactions outside of the home involving our client. Further, we argued that our client’s mere presence in the area where drugs were being sold wasn’t enough to convict her of either PWID or conspiracy. Our client testified that while she knew the individuals at the house she had simply stopped there to visit with them during the day.