If you are charged with a felony or misdemeanor and those charges don’t result in a conviction, you are entitled to an expungement. 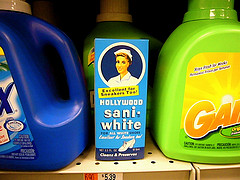 In Pennsylvania you can’t expunge criminal convictions (a finding of guilt) in most situations.  The only  exception are summary offense convictions (i.e.: petty theft, underage drinking, etc.).  While some diversion programs (ARD) permit an individual to receive an automatic expungement upon successful completion of the program, you normally have to wait five (5) years to expunge a summary offense. You also must remain arrest free during that time.

The focus of this article, however, is focused on misdemeanor and felony charges which do not result in a conviction. Many people believe that an expungement is an automatic right and fail to understand that the Commonwealth, through the District Attorney’s Office, can object to your expungement. A person who wants an expungement must file a Petition with the Court of Common Pleas in the county where the criminal complaint was filed against him or her. Once the Petition is filed, the prosecution has the opportunity to file an objection to it.

If an objection is filed the court will conduct a “Wexler Hearing.” See Commonwealth v. Wexler, 494 Pa. 325(1981). At a Wexler Hearing the burden is on the Commonwealth to prove, by convincing evidence, that a record of the charges against the individual should be preserved. The court must balance the Commonwealth’s interest against the individual’s interest in not having a criminal record. The burden of proof is less than the burden at a criminal trial which is beyond a reasonable doubt.

At a Wexler Hearing the court will consider the following factors:

It’s important to understand that the Wexler decision only applies to cases where a person’s case didn’t result in a conviction. There is an important difference between cases which do not result in a conviction and cases ending with a “not guilty” verdict. Cases which don’t result in convictions include cases where the prosecution withdraws its case (Nolle Prossed or Nolle Prosequi) and cases where the court dismisses or discharges the case for lack of evidence or lack of prosecution. In these situations a court will evaluate a person’s petition for expungement using the Wexler factors. If, however, a person is found not guilty at trial (bench or jury trial) he or she is entitled to an automatic expungement and the Wexler decision doesn’t apply. See Commonwealth v. D.M., 548 Pa.131(1996). The Wexler factor also applies to cases where a person pleads guilty to some of the charges and the others are dismissed or withdrawn. The Wexler decision doesn’t apply to juvenile cases. A court evaluating a petition to expunge a juvenile record will use a different set of factors. See 18 Pa.C.S.A.§9123(a)(3).

In closing, if you are seeking an expungement it is important to understand that it is not an absolute right and that your attorney should be prepared with the proper argument in the event the prosecution objects to it.