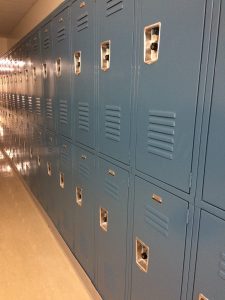 Our criminal defense law firm based in Philadelphia, with a second office in Moorestown, Burlington County, New Jersey, represents juvenile defendants in Pennsylvania and New Jersey.  There’s a dramatic difference in the way juvenile cases are handled in both of these jurisdictions from adults accused of similar violent and non violent offenses.

A Finding of Delinquency in Juvenile Court

Unlike adult defendants, a judge will not make a finding of guilt which results in conviction, but rather an adjudication of “delinquency.” From an evidentiary standpoint, this determination is the same but the characterization of this disposition is different.  In New Jersey, all criminal justice matters involving juveniles don’t have to proceed through the court system. If they do however, proceed through the courts, they do so through the family court division as opposed to New Jersey’s Criminal Court division. Prior to this, all juvenile actions begin with police contact.

In New Jersey, like most jurisdictions including Pennsylvania, delinquency is defined as any act by a juvenile (under the age of 18) which if committed by an adult would constitute a crime, a disorderly person offense, a petty disorderly person offense or some other violation of an ordinance or regulation. Police or local law enforcement sign most juvenile delinquency complaints but school officials and/or victims can also initiate a complaint.

The Juvenile Complaint Begins With Probable Cause

If an allegation or complaint is made against your child, police may take him or her into custody with or without your knowledge if there is probable cause to believe that a crime was committed. At that time police will advise a child of their rights and their right to remain silent. There are situations where a child is taken into custody and the officer does not issue or sign a formal delinquency complaint but rather diverts your child’s case with a warning or a “station house adjustment”. This basically means that police will release your child into your custody but will not file a formal complaint provided that certain conditions are satisfied.

If police do sign a complaint, the officer will refer the matter to the Court Intake Service, which will review it to determine the course of action for the case.

At this point the complaint will be sent to the juvenile referee/informal court or sent to the Superior Court-Family Court division. At the informal court/referee level, there is an informal discussion regarding the events.  Attorneys aren’t required but I personally recommend retaining counsel to assist with these proceedings. While these proceedings are classified as informal, they do ultimately result with a recommendation for an agreement which you and your child will be asked to sign and for court to approve. If all the parties agree to the conditions and the juvenile successfully completes them then the case is dismissed. If, however, the child fails to complete the conditions the original complaint will proceed through the Superior Court system.

At a juvenile/informal court, a referee will conduct the hearing, where your child is expected to admit or deny the allegations. This is the highest level of informal court prior to a matter proceeding through the Superior Court system in New Jersey.

Like an adult, police can not only take a child into custody but they and the prosecution can ask that they be held prior to final disposition. While the state will not hold a juvenile at a facility with adults, it can and will hold them in a juvenile facility based on the following:

If a juvenile is detained, a court will conduct an initial detention hearing within 24 hours of that placement where it will determine whether to release or detain the child. At that point if the court does not release the juvenile into the parents’ custody, they will conduct an initial probable cause hearing and a 2nd detention hearing within 2 court days. The court at that point will require your child to have an attorney.

Remember that probable cause is a reasonable ground to believe that the juvenile has committed or is committing the crime or delinquent offense. If the court finds probable cause, the judge will schedule an adjudication hearing and determine whether to continue to hold the child at a detention center or release them to their parents. A judge will conduct a detention review hearing every 14 days at which the juvenile’s status will be reconsidered.

Prior to a formal adjudication hearing, the judge will schedule a “counsel mandatory” plea hearing. This hearing is similar to an arraignment in criminal court for an adult. At this hearing your child’s attorney will be provided with the discovery and the court will expect either a plea following the review of it or a denial. If the matter proceeds to an adjudication heading, the evidentiary burden of proof remains on the state which is guilt beyond a reasonable doubt, even though a judge doesn’t technically judge the juvenile guilty but rather delinquent.

If a court determines a juvenile delinquent there are a number of sentencing options including:

For more great information on criminal offense and charges in Pennsylvania and New Jersey, I encourage you to keep reading this blog and visit my free download section