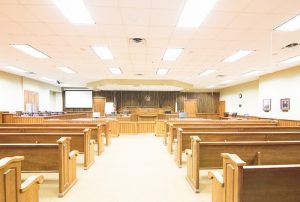 Our criminal defense law firm wants to ensure that our clients and their families on both sides of the Delaware River in Pennsylvania and New Jersey stay informed.  While most of my articles dive deep into specific areas of ciminal defense for Pennsylvania and New Jersey, spefically illegal gun, firerarm, narcotic, drug, and drunk driving charges (DUI/DWI), its soemtimes a good idea to go back to the basics.  This 2 part series provides a strong overview of the New Jersey Criminal Justice sytem to put to youn in great position for a great result

The criminal division of the New Jersey Superior Court system manages complaints from their initiation to their final resolution or disposition at trial or through a plea agreement.

In New Jersey, like other states, the criminal justice process usually begins with the police  filing a formal complaint against an individual if they that a crime has been committed against another person or property (Probable Cause). Keep in mind however, that any citizen may file a complaint if they believe another has committed a crime against them. The criminal justice process can also begin directly, with a grand jury indictment. After a group of citizens, known as grand jurors, gather to review the evidence in question.

A Criminal complaint must state the reason for the charge and must reference a specific crime or offense listed in the New Jersey code of criminal justice (Title 2C). While criminal offenses, otherwise known as crimes, fall under the jurisdiction of the Superior Court, disorderly persons, petty disorderly persons, and non-criminal charges (ordinance violations) fall under the jurisdiction of Municipal Court.

After a complaint is issued, the accused is either arrested or is issued a summons to appear in Municipal or Superior Court. This is known as a “first appearance” in New Jersey and under the state’s criminal justice reform, which was implemented on January 1, 2017, the first appearance must occur within 48 hours of the defendant’s commitment to county jail. At the first appearance a judge will determine whether the accused is to be released or held in pre-trial detention. While traditional monetary bail still exists in New Jersey, the criminal justice reform implemented in January 2017, has dramatically modified this system.

During the first appearance, the accused may appear with an attorney but they are also advised of their right to counsel. If an accused indicates that he or she isn’t able to afford an attorney, the criminal justice division staff conducts an indigence investigation to determine a person’s eligibility for a public defender.

After the complaint and the first appearance, the prosecutor’s office for that particular county will review the complaint to determine if there is sufficient evidence to pursue criminal charges (indictment) or if the case should be downgraded to a disorderly person’s offense and remanded back to municipal court.  The prosecutor could even dismiss the complaint for lack of evidence.

Prior to an indictment however, the prosecutor and defense attorney will enter into plea negotiations where the prosecutor typically offers the defendant a plea agreement which usually features a reduced term of incarceration or probation in exchange for a plea. In addition, some agreements downgrade or dismiss charges.

Prior to entering into an agreement, the defense attorney will review the document with the accused.  He or she must sign a statement certifying that he or she understands the plea and is entering into the agreement voluntarily without pressure from the prosecutor or his own defense attorney. Keep in mind, the judge isn’t obligated to accept the plea agreement and can order the defense and prosecution to re-negotiate the matter or schedule a trial. If the defendant enters into the plea agreement, the probation department of the criminal division conducts a pre-sentence investigation which provides the judge information about the accused and his or her background.

Plea negotiations and agreements are usually made before an indictment. If the accused in indicted, he or she must appear for an arraignment, which is a formal notification of the charges against him or her. The arraignment typically occurs within 14 days of the indictment and it is during this time when discovery or evidence is made available to defense counsel. Following review of that discovery the attorney may advise his client to consider the Pre-Trial Intervention Program (PTI), enter into further plea negotiations, or enter a guilty plea based on the indicted charges. If the accused does enter into a plea, the probation department will conduct a pre-sentence investigation and sentencing will usually take place 4-6 weeks after that investigation.

This was only part 1 of our New Jersey Criminal Justice overview.  Please look for the second installment of this series which will address criminal trials in New Jersey and the State’s new procedural rules regarding a defendant’s right to a speedy trial pre and post indictment which other states like Pennsylvania already maintain for defendants.  In addition, our law firm will publish its first book focused on New Jersey Criminal Defense in the Spring.  Check out our current free criminal defense books now!