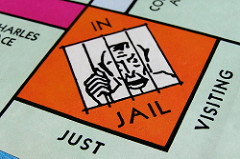 Unlike Pennsylvania, New Jersey maintains a grand jury system for all of its serious offenses, otherwise known as crimes, within the Garden State. A New Jersey grand jury is composed of its citizens, who are selected from voter registration, driver’s licenses, and tax lists. These 23 individuals, known as grand jurors, hear evidence presented by a county prosecutor and determine if there is sufficient evidence to formally charge an individual with a crime.

If a grand jury finds that there is sufficient evidence, they return a finding known as a “True Bill”, which triggers a proceeding within the criminal division of the Superior Court for that particular county. An indictment isn’t a finding of guilt, but rather that enough evidence exists for a person to stand trial on a particular charge, otherwise known as an “indictable crime” within the Garden State.

Examples of Indictable Crimes in New Jersey include:

The Prima Facia Burden of Proof at a Grand Jury

There is a Prime Facia burden of proof at a grand jury which is the same standard that Pennsylvania uses at a preliminary hearing (This is also the same evidentiary standard New Jersey and Pennsylvania judges use to issue search warrants.

If the grand jury does not find that there is sufficient evidence (aka “No Bill”), it may find that enough evidence exists to charge a person with a less serious offense (disorderly or petty disorderly) and remand the case to municipal court which is a court of limited jurisdiction.

Motion to Dismiss the Indictment for Lack of Prima Evidence

Once a grand jury indicts, the only recourse for an accused individual is for his or her attorney to consider a motion to dismiss the indictment based on insufficient evidence to establish a Prima Facia case against the accused. Keep in mind however that a New Jersey criminal trial court will only dismiss an indictment only where the grand jury’s decision was based on “manifestly deficient or defective” grounds. This is a very high evidentiary standard to overcome for the defense and, in most situations, a trial court won’t overturn the decision of a grand jury. While an accused can appeal a trial court’s decision denying a motion to dismiss to an appellate court, a New Jersey appeals court will find in most cases that it is within the discretion of the trial court to make this determination. Remember that a grand jury doesn’t determine guilt, but only that a clearly innocent person does not face prosecution because of some over-zealous prosecutor, partisanship, or some personal vendetta. See New Jersey Constitution, Article 1, Paragraph 8.

What are the obligations of a New Jersey Prosecutor before a Grand Jury?

The state, through the prosecutor, isn’t required to even inform the grand jury that the accused didn’t have a motive for committing the crime for which the state seeks the indictment.  There is also no obligation for the prosecution to present evidence which could impeach the credibility of the witness testifying before the grand jury (i.e. the witnesses prior criminal history). The prosecution is only required to present “clearly exculpatory evidence” such as physical evidence of unquestioning reliability which demonstrates that the accused didn’t commit the alleged crime. The standard for “clearly exculpatory” evidence is high, and the New Jersey Constitution allows trial courts to act with substantial caution before concluding that the prosecution’s decision to not present this evidence amounted to an error which will allow them to dismiss the indictment entirely.

It is my hope that this article is helpful to you or a friend charged with a serious crime in New Jersey.  Our firm strives to provide practical information through its blog and all of it free resources.