The Concussion Protocol  How the NFL is protecting players 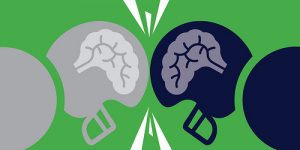 My frequent readers know that the majority of my blogs focus on the various aspects of a criminal defense but this year our firm plans on putting out more great contents on issues that pertain to the representation of people, specifically professional and amateur athletes, as we look to expand out practice this year.

As a lawyer, I’ve had the pleasure in representing people from many different stations in life and I’ve learned that great representation comes down to great advocacy which is why as our firm moves into this area of professional management of people, you can expect to see content which reflects how that great advocacy starts—with knowledge and education.  With that said, I look forward to you joining our firm in this area but please understand that we will still continue to produce great content regarding the defense of DUI/DWI, firearms and controlled substances.

As always my blogs are based on actual questions from my readers so feel free to send me an email about an issue which you believe deserves attention.  Have a great year, enjoy this new content and please share it.

The Cam Newton situation has raised questions as to whether the Carolina Panthers violated the policy during the Wild Card Playoff Game last Sunday. Newton was sacked in the 4th quarter of its loss to the New Orleans Saints. Following the hit it appeared that Newton exhibited at least some of the signs of a concussion but was nevertheless cleared to return to the game.  The issue of sports related concussions continues to dominate professional and amateur athletics and the National Football League, like other professional sport associations, recognizes this issue. In response, the NFL developed its head, neck, and spine committee protocol regarding the diagnosis and management of concussions. The purpose of it is to provide medical staff with a process to diagnose and manage the possible concussions of its players.

What is a Concussion?

A concussion is defined as a complex pathophysiological process affecting the brain induced by biomechanical forces (McCrory et al BJSM ’13). A direct blow to the head, face, neck, or elsewhere on the body with an “impulsive” force transmitted to the head  may cause a concussion, which typically results in rapid onset impairment of neurological function which resolves quickly or which occur over the course of minutes or hours. The signs of a concussion include the following:

In response to the concern about a concussion’s long term and short term effects on its players, the NFL developed its Sideline Concussion Assessment. Teams are required to use it to evaluate potential concussions during practices and during the games. The league further requires clubs to maintain all such assessments and give copies to players and team medical staff. The team physician is responsible for determining whether a player is diagnosed as having a concussion and a player may have a concussion despite being able to complete the NFL Sideline Concussion Assessment “within normal limits”. The purpose of the uniform assessment is to provide a baseline but does not replace a formal neuropsychological data assessment.

If a player exhibits or reports signs or symptoms of a concussion on the field, he must be removed from active play and be evaluated by the team’s medical staff. This evaluation includes sideline and/or locker room examination utilizing the NFL’s concussion assessment. During game day, each team will be assigned an unaffiliated neuro-trauma consultant. This consultant is a physician who is impartial and independent from any club and who is board certified in the field of neurology, emergency medicine, or primary care sports medicine. While these unaffiliated consultants will work with the team’s medical staff to assist and diagnose medical care of a concussed player, responsibility for diagnosis and decision to return the player to the game remains exclusively within the professional judgment of the team physician. Once a player is diagnosed with a concussion, he must be removed from the playing field and observed in the locker room by qualified medical personnel (Madden rule).

Team Physician and Return to Play

Since the team physician is best qualified to evaluate concussions, he/she, at the minimum, must perform a focused neurological examination to determine whether a more thorough evaluation is necessary. If medical staff concludes the player did not sustain a concussion, then video replay must be reviewed prior to the player returning the field. If after performing the above evaluations and reviewing the video there remains any doubt as to whether a concussion occurred, then a full NFL sideline concussion assessment must be performed.

If a concussion has occurred, the player must complete various examinations which include cognitive and balance functions, along with an independent neurological consultation to evaluate and clear the player for practice and play. The player is only considered eligible to return to play following this process.

The NFL implemented its concussion protocol in 2009 and has made several revisions to the policy over the last 7 years, with the most significant being the implementation of disciplinary action against teams who don’t follow the policy. Prior to this Newton incident, the Seattle Seahawks were fined $100,000 for failing to follow the protocol for a hit to quarterback Russell Wilson which occurred on November 9, 2017. Under the NFL’s concussion protocol sanction policy, teams who violate the protocol could face fines from $50,000-150,000 and more importantly, the loss of draft picks in situations where the commissioner determines that the clubs medical team ignored the protocol for competitive reasons.  Our law firm will continue to follow this issue and provide its comment on it as it develops.

2018The Year for Marijuana, Conceal Carry and DUI Changes Offenses vs. Crimes in New Jersey- What’s the difference