The Alternative For One-Time Offense Minors In Underage Drinking

While our law firm is usually called upon to defend criminal charges involving drugs, guns, DUI, or violent crimes, we get a lot of calls from parents regarding minor offenses and students. 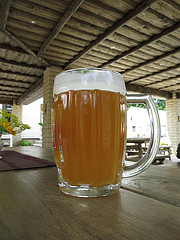 These offenses include underage drinking, fake ID, speeding, and other traffic related offense. While juveniles and minors with these charges are not facing substantial consequences, parents are logically concerned about them. We represent a lot of parents who have raised extremely driven children. These young men and women, along with their parents, have set high goals such as attending an Ivy League, another competitive University or playing a college sport. Many are also trying to obtain scholarships and financial grants.

In reality, one underage drinking charge shouldn’t keep a student out of a highly selective University but it’s never going to help. College admissions are competitive and admissions’ committees often have to make difficult decisions. Students often have very similar grades, standardized test scores, and extracurricular activities. An admission’s committee wants to select a student who is going to attend, finish, and hopefully go on to do things to bring credit to the university. Schools are concerned about the composition of their student body and don’t want negative influences on them. A High School student with such things as an underage drinking charge and multiple traffic offenses can raise red flags about a student’s self-discipline and a commitment to a high level academic program or sport. Some may also think the student has an underlying addiction problem which could only get worse as the student is given more freedom in college.

If your son or daughter is charged with underage drinking, it’s important to understand that it’s a Summary Offense in Pennsylvania. This means it is much less serious than a misdemeanor or a felony charge. Summary Offenses are the least serious offenses in Pennsylvania and the maximum fine is usually around $300.00 plus court costs. Despite the low level of this offense, your son or daughter will need to appear in court. At court, the judge, magistrate or commissioner will offer a first time offender what is sometimes called Alternative Rehabilitate Disposition (ARD) or Alternative Pre-Adjudication Disposition under Title 42 Pa. C.S.A. Section 1520.

These programs usually involve community service, or a Saturday class focused on underage drinking and drug use. The advantage of these programs is that the student doesn’t need to enter a plea of guilty to any charge. The prosecution is withdrawn after the student completes the program. While there is a record of the citation, it is usually expunged automatically or with a petition for expungement by an attorney.

While these alternative programs will effectively resolve a one-time poor decision, Pennsylvania will still consider it a first offense under the law. Alternatively, if your student had previously received a similar disposition in New Jersey, a Pennsylvania district attorney may not provide this as an option for your student. Even if your student qualifies for a 1st time offender program, technically Pennsylvania can still, through the Pennsylvania Department of Transportation (PennDot) suspend his or her license for 90 days. Usually, however, there is no license suspension if the student completes the program. Remember, however, that it’s still considered a first offense.

If you have questions about underage drinking charge in Pennsylvania or New Jersey, give our office a call.

Prior Convictions, ARD, & a Juvenile Record Can Be Used Against You