Pretrial Discovery To Ensure You Get A Fair Trial

The dictionary defines “discovery” as the act or process of finding or learning something that was previously unknown. This definition goes beyond simply the legal world and so it’s a good starting point to understanding pre-trial discovery. If you’ve ever been sued or filed a lawsuit against someone you may already be familiar with terms such as interrogatories, depositions, request for admissions, and requests for production of documents. While these terms typically apply to civil litigation the discovery process is equally important in the criminal defense world. 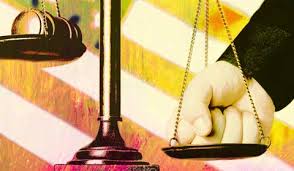 While this article focuses on the Commonwealth of Pennsylvania keep in mind that the discovery requirements apply to all state and federal court proceedings. The Supreme Court case of Brady v. Maryland, 373 U.S. 83 (1963) which is the controlling decision regarding the governments obligation to provide all accused persons with pre-trial discovery. The Supreme Court in Brady stated that “suppression by the prosecution of evidence favorable to an accused upon request violates due process when the evidence is material either to guilt or to punishment irrespective in good faith or bad faith of the prosecution”. The court went on to say that the duty to disclose evidence during pre-trial discovery remains the government’s obligation even if the defense doesn’t request it.

Pennsylvania courts are bound by the Brady decision and Pennsylvania Rule of Criminal Procedure 573. If the prosecution fails to disclose evidence that is favorable to the accused it is considered a “Brady violation”. To establish a Brady violation the defense must show:

While Brady specifically refers to favorable evidence the Pennsylvania Supreme Court in Commonwealth v. Marineli held that the disclosure requirement on the prosecution pertains to any evidence which “might have affected the outcome of the trial”. Further, the American Bar Association (ABA) has released its own standards relating to discovery and procedure prior to trial. The ABA defines pre-trial discovery very broadly and states that the prosecution should disclose all evidence to promote an expeditious as well as a far determination of the charges by either trial or plea. The ABA goes on to say that discovery should permit thorough preparation for trial and to minimize any surprise at trial.

Discovery issues are very important because if the prosecution fails to comply with the pre-trial discovery requirement it is considered a violation of the Defendant’s due process rights.  These violations are serious and could cause a court to dismiss the charges against you or order that a critical piece of evidence for the prosecution be excluded from your trial

Are Lineups And Pre-Trial Identifications Admissible In Court? Difference In Laws Between New Jersey & Pennsylvania