Are Lineups And Pre-Trial Identifications Admissible In Court? 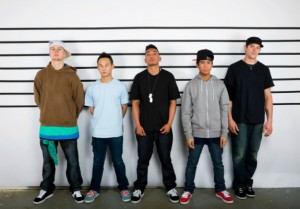 While federal law only entitles a defendant to counsel after “adversarial proceedings” are initiated, Pennsylvania law provides a much more expansive right to counsel. In Pennsylvania a person is entitled to counsel after any confrontation with law enforcement after an arrest. The right to counsel, however, does not attach in Pennsylvania prior to an arrest even if there is probable cause to arrest someone. This is very important because there are many situations where a person is held by police, identified by an alleged victim, and then arrested.

While pre-trial identifications include line-ups it is important to understand that there is a difference between a line-up and an out of court identification made prior to trial or any type of legal proceeding. “On scene” identifications are the most common in this category. This type of identification is made where police hold a suspect who fits a certain description. The suspect is detained but not under arrest. During the detention a victim makes identification and the suspect is arrested. A lineup, however, is a proceeding where a person is already in custody and law enforcement, with the participation of a prosecutor and a defense attorney, ask a victim to identify his/her assailant from a group of individuals who look similar in appearance. A person that is not entitled to counsel at an on the scene identification but is absolutely entitled to counsel at a line up.

The purpose of an accused’s right to counsel at a lineup is to ensure that it is not conducted in a way that is overly suggestive. If your attorney believes that police are not conducting the lineup appropriately he/she should make a motion to have it excluded on the grounds that it violates your due process rights. The court will evaluate the motion to exclude this lineup based on a “totality of the circumstances” analysis and determine if police procedures were appropriate. The court will use the following factors:
• the manner in which the identification procedure was conducted;
• witnesses prior opportunity to observe;
• the existence of any discrepancy between the witness’s description and the defendant’s appearance;
• any pre-trial misidentification;
• any previous identification of the defendant;
• the prior failure of the witness to identify the defendant;
• the lapse of time between the incident and the out of court identification.

Of these factors, the witness’s prior opportunity to observe is the most important factor. With regards to the manner of the lineup proceedings it is very important that your attorney object if you’re identified by a group of witnesses as opposed to an individual. A group identification is considered clearly suggestive.

While most people believe that lineup identifications are exclusively used by prosecutors and district attorneys a defense attorney may make a motion for a lineup to support an argument to dismiss the charges or to later request a jury instruction at trial that could assist with a not guilty verdict. If a court, during a preliminary hearing or another pre-trial proceeding, denies the request for a lineup the defense attorney can ask the trial a judge to instruct a jury to view the “in court identification” with caution if the prosecution fails to present any out of court identification evidence at trial. Lineups are not reserved for identifying physical characteristics but the defense can request a “voice lineup” where vocal identification is an issue. If you or a member of your family is charged with a crime in which identification is an issue, lineups and pre-trial identifications are critical to your success. If you have questions about this issue please call our office. In addition to speaking to an attorney I encourage you read more about this important legal concept.