Our criminal defense law firm handles matters in Pennsylvania and New Jersey and in these cases our client’s freedom is obviously a major issue before and after trial. Keep in mind that in Pennsylvania and New Jersey most serious drug and firearm offenses carry with them a possibility of state prison time and so many prosecutor’s and district attorney’s will argue for high bail to keep a person in custody pending trial. 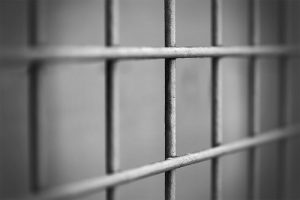 New Jersey recently changed its bail procedures and I encourage you to read my article on New Jersey’s Justice Reform for more information. The Garden State’s bail system is no longer based on money but on risk factors to determine if a person should be held in custody prior to trial.

If a prosecutor in New Jersey is seeking pre-trial detention, he or she must file a motion before a court orders the accused person’s release based on New Jersey’s new bail reform guidelines pursuant to 2A: 162-17.  If this motion isn’t filed, a court, no later than 48 hours after a person is taken into custody, should release the accused individual on their personal recognizance or on the execution of an unsecured appearance bond, after considering the pre-trial services risk assessment and any other information available to the court.

When the prosecutor files such a motion, there is a rebuttable presumption that the eligible defendant should be detained pending trial because no amount of monetary bail, non-monetary conditions, or a combination will ensure that this person appears for trial, or that this person presents a danger to the community. It is important to keep in mind that once a motion is filed for detention, there is a two prong analysis which the court must go through in order to determine if detention is appropriate. First, the court must determine if probable cause exists to find that the eligible defendant committed a predicate offense under 2A: 162-19 which would include crimes of violence, illegal drugs, and firearms offenses (Graves Act).

To determine if detention is appropriate the court may consider the following factors:

Pre-trial detention is quickly becoming a major issue in New Jersey as the new bail reform procedure has replaced the former monetary system. Remember that if a person isn’t granted release during a detention hearing, he or she will be held until the matter is disposed of through a trial or a plea.

For more information on criminal defense strategies and tactics in New Jersey, I invite you to continue reading this blog or give our firm a call.