Self Defense & Deadly Force: When wont it work? 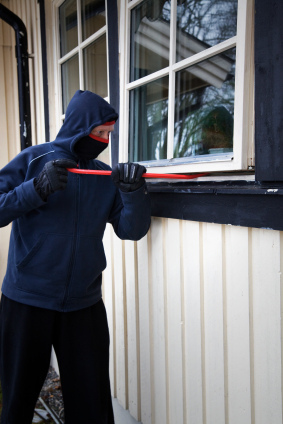 Self defense is often a misunderstood concept in criminal defense. It is, however, one of the most utilized arguments in cases involving the criminal charges of homicide (murder, manslaughter), attempted homicide, aggravated assault and simple assault. Frequently, a person comes into our law firm facing these types of charges and wants us to incorporate the self defense argument into our overall criminal defense strategy.

This is obviously a great argument for the defense but it’s important to understand how it requires the defense and the prosecution to meet specific requirements and obligations. Self-defense is called “justification” in Pennsylvania. If the defendant’s actions were “justified,” he or she can’t be found find guilty of a crime such as murder, attempted murder (homicide), aggravated assault (felony) and simple assault (misdemeanor).

Many of our clients fail to understand that while the burden is on the prosecution during a criminal trial, the defense is required to assert a self defense argument before the prosecution is required to address it. It’s important to understand that the Commonwealth (through the ADA) must prove, beyond a reasonable doubt, that the defendant didn’t actually believe that he was in danger of death or serious bodily injury. In the alternative, the prosecution can also meet its burden of proof if it shows, beyond a reasonable doubt, that this belief was unreasonable in light of all the circumstances known to the defendant.

In Pennsylvania, the law presumes that the defendant has a reasonable belief that deadly force is necessary when the person against who force is used is in the process of unlawfully or forcefully entering the defendant’s dwelling, residence, or occupied vehicle. The law in Pennsylvania actually assumes that a person who attempts to enter someone else’s home, business, or vehicle is doing so with the intent to commit an act resulting in death or serious bodily injury. Pennsylvania, however, doesn’t make this same presumption if the person attempting to enter the structure or vehicle has the legal right to be there.

It is important to also keep in mind that a person is justified in using deadly force in these situations even if they mistakenly believe that deadly force is necessary. A person is entitled to estimate the amount of force needed under the circumstances that he or she reasonably believes at the time. Also, keep in mind that the law assumes that in the heat of a conflict a person neither has the time nor the composure to evaluate carefully the danger and to always make the proper judgment about how much force is needed to protect himself.

Keep in mind that when it comes to self defense, the Commonwealth must also establish beyond a reasonable doubt that self-defense is inapplicable because the defendant provoked the use of force by engaging in conduct that demonstrated the intent to cause death or serious bodily injury.

The defendant can’t assert self-defense in Pennsylvania if the assistant district attorney shows that this person first engaged in conduct which was meant to cause death or serious bodily injury against a victim. It is important to keep in mind however that this is the only type of conduct which would negate the self-defense argument. Even if a person engaged in this type of conduct and was the initial aggressor he or she can still assert self-defense if it is shown that he or she withdrew in good faith and the alleged victim renewed the fight. The defendant, in Pennsylvania, does not forfeit the right to self-defense just because he or she may have started a fight and at some point became the victim.

Finally, while there is still a duty to retreat in Pennsylvania, the Commonwealth must prove, beyond a reasonable doubt, that duty. The duty to retreat occurs when the defendant knows that he or she could avoid the use of self-defense with complete safety by retreating. There are, however, exceptions to the duty to retreat. In Pennsylvania, the defendant is not obligated to retreat from his home or place of business unless he or she is the initial aggressor as stated before. A defendant is also not obligated to retreat from a place where he has a lawful right to be and is not engaging in any type of criminal activity. This, however, doesn’t apply to situations involving police officers acting in his or her official capacity and the defendant reasonably should know that person is a police officer.

For more great information about criminal defense concepts, I encourage you to keep reading my blog and visit my free download section.