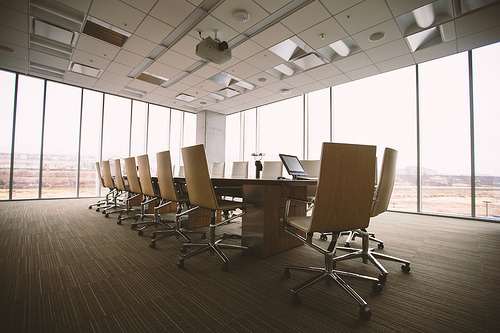 Our firm was recently retained for one of the defendants in an alleged major heroin ring in Bucks County, Pennsylvania.  Despite the severity of these charges, our firm remains extremely confident in our client’s defense.

A corrupt organization doesn’t exist simply because a group of individuals are involved in illegal activity. In Pennsylvania, like other states, the prosecution must establish beyond a reasonable doubt specific elements to prove this criminal charge which is graded as a felony of the first degree and therefore subjects the person with even no prior criminal history to a state prison sentence. A person charged as either an employee, investor, or a principal of a corrupt organization (Title 18 Section 911 of the Pennsylvania Criminal Code) is also charged with the underlying offenses hat form the basis for the corrupt organization.

The underlying offenses are also a part of the elements which the prosecution must establish beyond a reasonable doubt (the burden of proof in any criminal trial.) These crimes fall under the racketeering category and include any of the following:

Pennsylvania, similar to other states like New Jersey, is concerned with organized crime. These types of organizations are estimated to drain, literally, billions of dollars from the national economy through various patterns of unlawful conduct, including the use of illegal force, fraud, and corruption. States like Pennsylvania obviously want to target these crimes because they affect public safety but also infiltrate and corrupt legitimate businesses operating within the Commonwealth through violence, intimidation, and other forms of unlawful conduct.

Further, principles, investors, and employees of these enterprises obtain funds and other sources of income that interfere with the free competition and therefore constitute a substantial danger to the economic and general welfare of the Commonwealth.

To prove the crime of corrupt organizations, the Commonwealth (Assistant District Attorney), must first establish that the accused committed two or more crimes that are considered acts of racketeering and the list above is not exhaustive! If the prosecution can’t establish two or more offenses, the other elements of this criminal charge are irrelevant and a judge or jury must find the person not guilty.

If, however, the prosecution can establish that two or more racketeering crimes were committed beyond a reasonable doubt, it must establish a “pattern of racketeering activity” by the same evidentiary standard. To prove that two or more acts formed a pattern, a judge or jury must find, beyond a reasonable doubt, that these acts represented a course of conduct and were not simply random criminal events.

A course of conduct means that the acts relate to each other with either one crime helping to make the other possible or helping to cover it up. As with the first element, if the judge or jury cannot find that the prosecution has established the second element, beyond a reasonable doubt, it must find the accused not guilty.

If this element is established, however, the prosecution must establish that the organization was “an enterprise” under Pennsylvania law. In Pennsylvania, an enterprise can mean an individual, a partnership, a corporation or some association or other legal or illegal entity. A group of people do not form an enterprise simply because one or more of them might know each other or because they share a common interest. For a group to be an enterprise a judge or jury must find three (3) elements within it:

If you’re charged as either a member or a principle of a corrupt organization, it’s important that you not discuss your involvement with anyone but a licensed attorney. All forms of communication (texts, emails, phone calls, even “private” conversations) with non-attorneys aren’t privileged and therefore subject to discovery and admissible in court!

For more information on criminal defense strategies and topics please visit my website and the free download section.

Self Defense & Deadly Force: When wont it work? 4 Things About New Jersey’s Justice Reform: How it became more and less like Pennsylvania