5 Things You Need to Know About PennDOT License Suspension Appeals 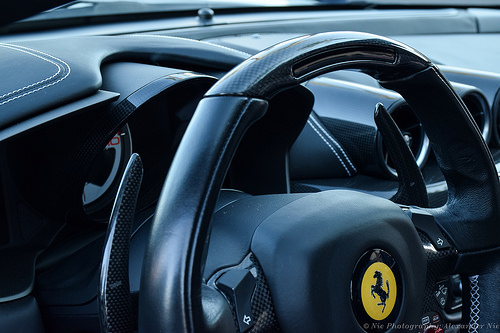 Our criminal defense law firm frequently represents people in PennDOT driver license suspension appeals. These cases often involve a suspension due to a chemical test refusal. Section 1550(a) of the Vehicle Code (Title 75) permits a person to appeal a PennDOT suspension to the Court of Common Pleas in Pennsylvania. Most people assume that these proceeding are similar to a criminal prosecution and this is simply incorrect! Our firm has identified five points that a person appealing a license suspension should understand to maximize their success. Here are the five points:

If your criminal case involved a DUI refusal and resulted in an ARD disposition, you would receive a 60 license suspension from the criminal disposition. The civil penalty, however, would add 12 months to the suspension resulting in a 14 month suspension!

This appeal must be filed within 30 days from the mailing date of the notice from PennDOT.   Once the appeal is filed, you or your attorney must serve a copy of the petition on PennDOT’s legal office. While certified mail isn’t required, it is highly recommended to avoid any issue with regards to PennDOT receiving it. As a general rule, an exception will only be granted when the cause of the late appeal is due to fraud or a breakdown in the court’s operation. If the appeal is late, the licensee (Defendant) has the burden to show “extraordinary circumstances”. Examples of non-compelling reasons for missing a filing deadline are as follows:

The Pennsylvania Rules of Civil Procedure are inapplicable to PennDot suspension appeals. The Pennsylvania Supreme Court has ruled that the Court of Common Pleas may make rules or practices that result in the “proper disposition” of these matters. These rules are allowable unless they violate either the US or Pennsylvania Constitution. When an appeal is filed, the filing and service of the appeal supersedes the suspension notice unless the matter concerns a commercial driver’s license or a school bus driver’s license. In other words, you would only lose your license if you lost the appeal.

The hearings typically are held within 60 days and the Commonwealth (PennDOT) has the burden of proving that there was a basis for the violation of the vehicle code. The rules governing the admissibility of evidence in civil proceedings are applicable. PennDOT has the right to call you as a witness (no Fifth Amendment Right against self-incrimination). Section 1550 of the Vehicle Code also permits PennDOT to introduce evidence of “documents received by PennDot from courts or administrative bodies of other states of federal government.

In addition, PennDOT may also introduce into evidence “documents received by PennDOT from any other court or from an insurance company”. This basically means that PennDOT isn’t required to produce a custodian of these records to make them admissible into court and the licensee cannot object to their admissibility as hearsay evidence.

Since this appeal pertains to a civil sanction rather than a criminal penalty, the evidentiary standard of review is “by the preponderance of the evidence”. This means that PennDOT, unlike the District Attorney’s Office in a criminal prosecution, isn’t required to prove its case beyond a reasonable doubt. This is a much lower evidentiary standard. The judge must determine only whether the evidence is sufficient or insufficient to justify PennDOT’s action. Finally, PennDOT isn’t required to produce the officer who allegedly read the warning but only an officer who was present when the warnings were read. The officer who is produced only has to testify that the warnings were read. This doesn’t constitute hearsay because it is not offered for the truth but rather the effect on the listener.

It’s important to keep in mind that in a refusal case, any response from you the licensee that is less than an unqualified, unequivocal asset to a chemical test constitutes a refusal. A refusal doesn’t have to be words but rather the licensee’s conduct may constitute a refusal to submit to testing. The issue of credibility (who is telling the truth) is for the court to determine. When considering whether a police officer has satisfied the requirement of informing the driver that a refusal will result in a license suspension, it will consider whether the officer read the actual warnings to the driver.

In addition, the court will evaluate the licensee’s alleged behavior such as repeatedly interrupting the officer as he attempts to read the warnings and the driver’s other mannerisms during his or her interaction with the officer. A driver’s aggressive behavior, for instance, as the officer attempts to read warnings could constitute a refusal. As I have written in previous articles there is no right to counsel or Fifth Amendment right (remain silent) during a chemical test. Also, the recent Supreme Court decision of Birchfield v. North Dakota doesn’t apply to civil proceeding. That decision specifically addressed the issue of illegal search and seizure under the 4th Amendment and not civil penalties like a PennDot suspension. Read my article on the Birchfeild decision for more information on that case.

I hope this article was helpful, for more information on criminal defense strategy, keep reading my blog and visit my free download section.

You want to go to trial but you do understand your options? Self Defense & Deadly Force: When wont it work?