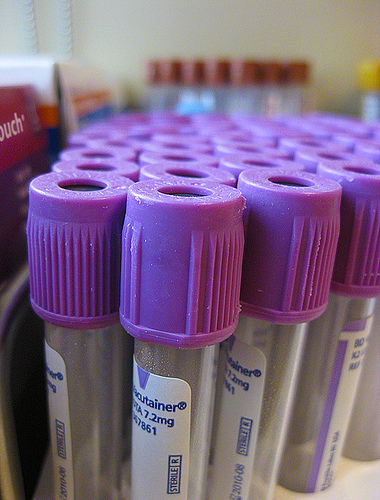 Pennsylvania, like many states, maintains an implied consent rule under Section 1547 of its vehicle code. This rule basically says that, if you’re arrested for suspicion of driving under the influence of alcohol or a controlled substance (DUI) under Section 3802 of the vehicle code, you must submit to a chemical test in the form of a blood draw or Breathalyzer upon police’s request. Under Section 1547, you don’t have the right to speak to an attorney and anything other than consent constitutes a refusal. If you refuse a chemical test, your operating privileges will be suspended for at least 12 months. In addition, a refusal is also a criminal offense under Section 3802(a)(1). This refusal, under the criminal statute, pursuant to Section 3804, subjects you to the highest rate of alcohol penalty, which includes a minimum of 72 hours in jail and a minimum fine of $1,000.00.

The United States Supreme Court decision in Birchfield v. North Dakota, however, somewhat altered Pennsylvania’s implied consent rule with regards to blood draws. In Birchfield, the Supreme Court indicated that police could only draw blood if they first obtained a search warrant. The court required a warrant because it reasoned that, unlike a Breathalyzer, a blood draw is much more intrusive, and such an intrusion therefore required a warrant.

I’ve written previous articles on the Birchfield decision and I encourage you to read them. Despite the Birchfield decision, District Attorney’s in our Commonwealth began arguing that consent eliminated the need for a warrant. In other words, if police asked a driver to submit to a blood test and he or she consented to it, that consent waived the driver’s rights under the 4th Amendment to the United States Constitution and Article 1 Section 8 of the Pennsylvania Constitution.

These constitutional provisions are the basis for motions to suppress.  A motion to suppress evidence is the defense tool to exclude evidence in any prosecution including DUI, drugs, and gun cases. A motion to suppress evidence, while a defense tool, shifts the burden to the prosecution to prove by a preponderance of the evidence that the challenged evidence was not obtained in violation of a person’s Constitutional Rights. Under our State and Federal Constitution, any search done without a warrant is deemed to be unreasonable and therefore unconstitutional unless it falls within an established exception. Exceptions to the search warrant requirement include the following:

Keep in mind however that a search doesn’t necessarily fall within the protection of the Constitution.  To challenge a search prior to a criminal trial (pre-trial motion) the defense must first establish government action. Government action is something like a police traffic stop but it also includes a blood draw done in a hospital at the request of law enforcement.

A government search always requires probable cause even if it may not require a search warrant. Probable cause is the reasonable belief based on the police officer or law enforcement’s training that a crime has occurred or is occurring. Reasonable suspicion is a lower form of probable cause. While this isn’t’ enough for a search, it is enough for police to continue an investigation which ultimately may lead to a search and arrest.

The major issue here with regards to searches is that a blood draw is a search under the Constitution and it is one that requires a search warrant. For more information on DUI, I encourage you to visit my free download section to obtain a copy of my book Five Ways to Fight and Win Your Pennsylvania DUI Case.