Johnny has more problems than football! 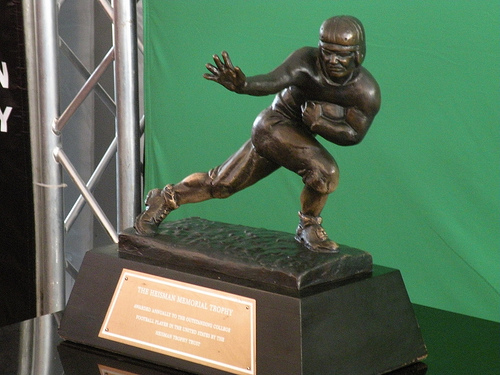 Former Cleveland Browns quarterback Johnny Manziel is out of the NFL for now but is facing criminal charges in Dallas, Texas after being indicted by a Dallas County Grand Jury on misdemeanor assault charges. Manziel, at 6’ 213 pounds, former Heisman trophy winner allegedly struck his ex-girlfriend, Colleen Crowley, 5’6” 109 pounds with such force that she temporarily lost hearing in one ear. Despite the severity of the strike, however, the Texas Grand Jury indicted him on misdemeanor assault charges and not felony charges. In Texas, like Pennsylvania, an assault can be charged as either a misdemeanor or a felony crime depending on the nature of the altercation. Texas, however, can charge simple assault as a third degree felony if the victim is a family member or a domestic partner of the Defendant.

Texas defines “serious bodily injury” as an injury which “creates a substantial risk of death or that causes death, serious permanent disfigurement or the protracted loss or impairment of the function of any bodily member or organ”. It appears that Manziel’s girlfriend’s injuries didn’t rise to this level (I’m curious as to how long her hearing loss lasted)

Unlike Texas, however, Pennsylvania defines aggravated assault as an attempt to cause or causing seriously bodily injury knowingly, recklessly or intentionally under circumstances “manifesting extreme indifference to the value of human life. There are also other grades of aggravated assault in Pennsylvania (felony of the first degree to felony of the second degree) depending on the circumstances and the victim. While Manziel still has to go to trial or work out a non-trial disposition for his case (plea) in Texas, the fact that he wasn’t even charged with aggravated assault shows a clear difference in the way that Pennsylvania may have handled the case and how it was handled in Texas.

In Pennsylvania the intent to cause is enough to charge a person while Texas requires an actual injury for the more serious assault charge. Pennsylvania doesn’t require an actual injury and Manziel’s ex-girlfriend’s loss of hearing even though it was temporary, may have been enough to charge him with aggravated assault in our Commonwealth.  Obviously it’s would be the DA’s call but Pennsylvania doesn’t require an actually injury to make a case for aggravated assault.

In closing the burden of proof is on the prosecution in Manziel’s case and he deserves the presumption of innocence like any person charged with a crime. Look, however, for Manziel’s criminal defense lawyer to try to handle this through some type of alternative disposition and avoid the criminal court system if possible.  At this point in the case, self-defense isn’t an issue and probably won’t come up.     It is extremely unlikely that Manziel will face any jail time but these criminal charges won’t help the young quarterback’s NFL comeback aspirations.  If you would like more information on crimes of violence and criminal defense strategies, check out my free resource page which contains my free books and newsletters.