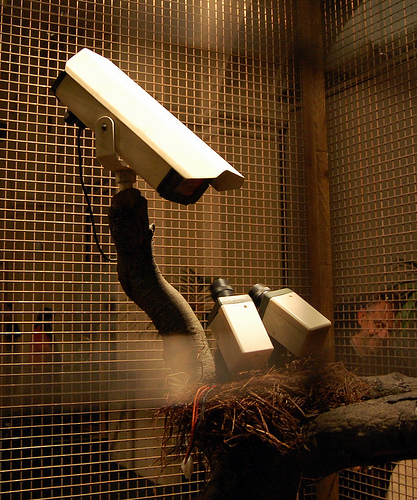 At a trial there are three types of evidence which are admitted during the course of the proceeding:

The short article focuses on demonstrative evidence which includes photographs, diagrams, models, videotapes and DVDs. Prior to admitting any evidence, however, the judge must decide if the evidence is relevant and if it’s probative value outweighs its prejudicial value. In Pennsylvania, like many jurisdictions, evidence is relevant if it has “the tendency to make the existence of any fact that is of consequence more probable or less probable.” In other words, if it clears up an issue that’s important to the case. Even if evidence is relevant, however, a court may still exclude (inadmissible) if its probative value is outweighed by the danger of unfair prejudice, confusion, or is simply cumulative.

When it comes to evidence in a criminal trial another consideration is its reliability and the ability for either side (but usually the defense) to challenge it through cross examination. If the prosecution can’t present a witness, the court can rule that the evidence is inadmissible on several different grounds. When it comes to testimonial evidence, (a person’s statements) the hearsay rule of evidence requires that the witness who made the statement appear in court to testify to it unless the party attempting to introduce the testimony can argue that it falls within one of the exceptions of the hearsay rule. I have written previous articles on hearsay and encourage you to read them. There is also a chapter about it my book. Courts treat demonstrative evidence different as it isn’t testimonial in nature but rather depicts the occurrence of something. Video evidence usually doesn’t have sound but rather show images.

A court, however, won’t admit video or photograph evidence if a person can’t testify as to the images authenticity and as to what it depicts (is it a fair and accurate depiction?) With regards to the videos authenticity, the prosecution or the defense may be able to satisfy this requirement if it presents a witness who either shot the video, took the photograph, or was in charge of maintaining the equipment that recorded the image (custodian). With regards to testifying about what the video or photograph depicts, the prosecution or the defense will need to present a witness who can testify that they were present at the time the event occurred and that the image fairly and accurately depicts what occurred on the day in question. If the side (usually the prosecution) seeking to admit the video or photograph evidence can’t present a witness, it will need to give a reason to the court as to why the witness is unavailable and also show how the video accurately and fairly presents what it is attempting to prove or corroborate.

Authenticating the video or photograph may not be an issue especially if it is an image which was shot using the device that is maintained (red light camera, street video camera) but there are situations where a party may have trouble finding a witness who can testify that the image fairly accurately depicts what occurred on the night in question. Courts may exclude demonstrative evidence if it is overly prejudicial and one of the main reasons why evidence is prejudicial is that it unfairly depicts what actually occurred (distance, lighting etc.) What the court is looking for is a person to basically narrate the video or testify that that photograph is actually showing what happened and maybe even explain issues with video or image.

Demonstrative evidence is critical to cases involving alleged drug transactions (PWID) along with cases involving illegal guns or firearms (VUFA). The prosecution in these cases can’t simply play a tape without first laying the proper foundation. If your criminal case involves videotapes or photograph, your criminal defense attorney must attack not only the relevancy of this demonstrative evidence but it’s prejudicial influence on your case. He may need to file pre-trial motions to attempt to exclude this evidence. This is a critical part of your criminal defense.

For more information on evidence I encourage you to read my book, Commonwealth vs. You, and for cases specifically involving DUI my other book, 5 Ways to Fight and Win Your Pennsylvania DUI Case.

Is a copy as good as an original in a criminal case? In or out at your criminal trial?