Is a copy as good as an original in a criminal case? 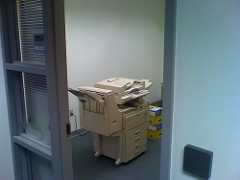 A big question that we get from clients is do they or prosecution have to produce the original document at trial in a criminal case where the admissibility of the document is a critical issue. Remember, that the burden of proof in a criminal case (guilt beyond a reasonable doubt) is always on the district attorney (prosecutor) and never on the defense. In Pennsylvania, under Rule of Evidence 1002, the original is sometimes still required. As with anything in the law, however, the focus is usually on the exception to the rule rather than the rule itself.

In Pennsylvania, under Best Evidence Rule, there are four (4) reasons for requiring the original and not the copy: 1) copies are susceptible to inaccuracies (lines, smudges etc); 2) copies open up the possibility of fraud or alterations; 3) the original proves the document’s authenticity, and 4) the content within the writing (signatures, carvings, personal marks, etc.) are so important that the Court must ensure that it is actually the original.

It is important to understand that copies are not normally an issue at a criminal judge or jury trial if the copies are only evidence of a transaction, thing, or event. In this situation, a copy will suffice if the copy is a picture, photograph, or some other writing that shows that an event took place. In the case of a felony or a misdemeanor charge this would be pictures of the crime scene or the area in question. This would also include things like receipts for things purchased that could corroborate (support) evidence of a crime (i.e. person purchased a gun prior to the shooting). Copies would also be fine in the case of a DUI where the prosecution is introducing BAC results or the results of seizure analysis in a drug case (PWID—Possession with Intent to Deliver). Your criminal defense attorney, however, can always challenge the authenticity of a document under the Best Evidence Rule in Pennsylvania.

The argument that an original is better than a copy however is somewhat obvious and isn’t going to carry much weight with a judge. Its important to understand that the court will normally not require the production of the original document under the following circumstances: (1) The originals have been lost or destroyed; (2) The original is not obtainable; (3) The original is in the possession of someone else; (4) It’s a Collateral Matter. A collateral matter means that the writing (document or picture) only serves as proof of the incident and the original content of the writing is not material.

The bottom line is that copies are usually sufficient unless there is some issue regarding the copy’s authenticity or if the original is needed for a specific reason (a unique piece of art or a signature). The best evidence rule is usually not an issue in most criminal cases where the defense and the prosecution (district attorney) often use demonstrative exhibits at trial to show direct and circumstantial evidence. If you have questions about forms of evidence, give our office a call. I also encourage you to pick up one of our free books, watch one of our videos or subscribe to our newsletter.

Do you know when its OK to use non-deadly force in Pennsylvania? Video, Photos, Evidence & Criminal Defense