In or out at your criminal trial? 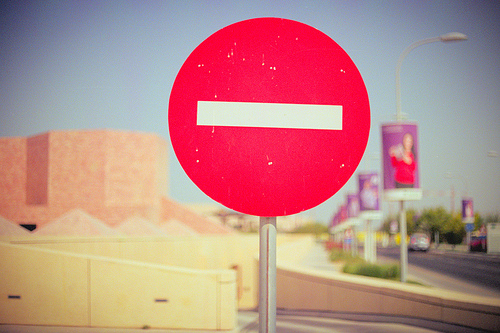 Regardless of whether you’re charged with an illegal gun, firearm (VUFA), DUI or a drug crimes, criminal trials in Pennsylvania and any other jurisdiction are always focused on the prosecution’s or district attorney’s ability to establish guilt beyond a reasonable doubt. Remember it’s the prosecution’s obligation to prove its case and the defense isn’t obligated to do anything—but that doesn’t mean forget a strategy.  I always talk to clients about strategy during our first meeting

Evidence is an essential component of any criminal trial—there is no trial without it! The most important issue when it comes to evidence is the issue of relevancy.  If evidence is relevant it’s generally admissible unless another rule of evidence (i.e. hearsay, character) or procedure (i.e. 4th Amendment violation, Discovery Violation) prohibits its introduction.  The issue of relevancy is important not only at trial but during pre-trial motions such as a Motion to Suppress Evidence, a Motion to Quash and Preliminary Hearing.

Notice that the focus on the admissibility of evidence is whether it’s relevant and not whether it is fair, helpful, or harmful to the defense’s case. Evidence either helps or hurts one side so Courts aren’t going to exclude it on that basis alone.  Frequently clients will tell us that a judge shouldn’t allow a specific piece of evidence because it unfairly depicts them in a negative light (pictures, videos) or that it was taken out of context (text messages, notes, letters writing).

The term that you will hear most often during a criminal proceeding is prejudicial. It’s important to understand, however, that prejudicial evidence isn’t necessarily inadmissible in court.  The definition of prejudicial is “harmful or detrimental to someone or something.” Keeping in mind that definition, most, if not all, of the prosecution’s evidence will fall within it!  The district attorney or prosecutor probably wouldn’t bother using the evidence if it wasn’t detrimental to the defendant or the accused person.

Pennsylvania Rule of Evidence 403 specifically allows even inflammatory evidence into a criminal proceeding as long as it’s relevant and helpful to the jury’s understanding of the facts. The judge, however, won’t admit evidence simply because it’s relevant.  The judge also must weigh or balance if the evidence’s probative value outweighs its prejudicial value.  The definition of probative is “having the quality or function of proving or demonstrating something.”   A court will only, therefore, exclude relevant evidence if it’s prejudicial value exceeds its probative value.  The term you will hear most often in court is that evidence is unduly or overly prejudicial.  Evidence that doesn’t meet this category is admissible and your criminal defense lawyer needs a plan to deal with it.

As I’ve written in my books and monthly newsletters, the worst strategy is to ignore this evidence, especially in cases involving illegal guns and drugs. Prejudicial evidence can take form of picture, videos, text messages and phone calls.  Even if prejudicial evidence is coming into your criminal case, your attorney can and should plan a strategy to address it!  Step one of that strategy may be to file a motion to exclude it as overly prejudicial.  If that motion isn’t successful, the next step is to identify ways to minimize it.  For more information on criminal defense strategies, check out one of my 3 books on criminal defense, including my newest book—What Everyone Should Know about Guns, Drugs & Defense Lawyers in Pennsylvania.