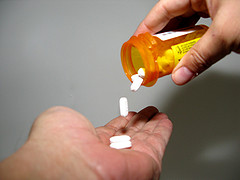 Our Pennsylvania criminal defense law firm based in Philadelphia frequently handles cases involving illegal drugs and narcotics. In these situations, may of our clients, unfortunately, have prior criminal records for possession misdemeanor and possession with the intent to deliver illegal drugs (PWID) (felony).

Normally a person’s prior criminal record and or “bad acts” aren’t admissible during a criminal trial and the Commonwealth or prosecution (assistant district attorney (ADA)) must establish beyond a reasonable doubt that a person is guilty of a particular crime for which he or she is accused. Pennsylvania Rule of Evidence 404(b), however, allows the prosecution to introduce evidence of prior bad acts which would include convictions to prove some of the relevant facts against the accused person such as:

This is incredibly strong evidence for the prosecution because the judge or jury will hear that a person has been involved with drugs in the past and this will seriously damage the defense’s case. It may cause the judge or jury to form a negative opinion about the accused person even though they enjoy a presumption of innocence under our state and federal constitution.

It is important to remember, however, that while Rule 404(b) does permit the admission of this evidence, the prosecution must establish a specific and logical connection between these other acts, which include criminal convictions and the crime at issue. This means that the prosecution must do more than simply state the person has been convicted of a drug crime in the past but must show that the current case grew out of or was in some way caused by the prior set of facts and circumstances. The admission of this damaging evidence for the defense is at the discretion of the trial judge and a higher court (Appellate Court) will only reverse this type of evidentiary ruling if the defense can demonstrate a “clear abuse of discretion”.

The mere fact that a person has been convicted of a drug crime, in and of itself, isn’t sufficient to make it admissible under Rule 404(b). Your criminal defense lawyer must focus on establishing a difference between your current criminal case and your prior conviction. These differences could include:

Remember the prosecution can’t offer the evidence to establish your criminality but rather to show something else (motive, opportunity, intent, and preparation). While Rule 404(b) focuses on prior crimes, convictions, or other bad acts Rule 404(a) is focused on the character of the defendant and other witnesses at trial. Remember that in most situations evidence of a person’s character isn’t admissible unless it is offered into evidence. While character is inadmissible either the defense or the prosecution may attempt to impeach the credibility of a witness, including the defendant under Rules 607, 608, and 609. For more information on character evidence and the admissibility of that evidence at a criminal trial I encourage you to visit my free download section and continue to read my blog.

Pennsylvania PWID: Drugs, Weight, & Criminal Penalties Medical Marijuana in PA: What you need to know about it