In Pennsylvania it is a crime to drive while under the influence of drugs or alcohol and section 3802(d) addresses a DUI charge involving schedule I, schedule II, or schedule III controlled substances along with any other drug or combination drug which could impair a person’s ability to safely drive or operate a car (or any vehicle) in the Commonwealth of Pennsylvania. 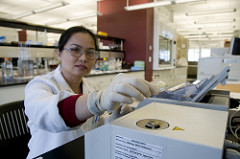 Section 3802(d)(1) requires that the prosecution introduce chemical evidence (blood test) which shows a schedule I, II, or III controlled substance in a person’s blood at the time of their arrest. There is no 2 hour rule regarding drugs unlike alcohol. A DUI based on alcohol under sections 3802(a) 2, 3802(b), 3802(c) all require that the prosecution establish a BAC level within two (2) hours after a person has driven or operated a vehicle.

Section 3802(d)(1) requires that the prosecution present evidence that a drug was in a person’s body at the time of their arrest. Under this section, however, the prosecution must present a minimum drug level for it to be admissible (used against you) in court. This drug level pertains to the actual drug or a metabolite of the drug. A metabolite is the result when a drug is metabolized by the body into a modified form which continues to produce effects in the body. These effects are similar to those of the parent drug which can, in some cases, actually be stronger than the parent drug. The prosecution must produce the following minimum levels:

Drug testing is a two-step process. The first step identifies the actual substance or its metabolite in the blood. The second step is much more complicated and it measures the concentration of the substance and its quantity. Even if the prosecution can’t establish a minimum amount of a drug or its metabolite it can still prosecute and convict a person under section 3802(d)(2).

This section doesn’t require the prosecution to introduce any specific drug level but only testimony that the person was unable to operate the vehicle safely on a city street or road within the Commonwealth of Pennsylvania. The prosecution witness, usually a police officer, will testify that based on their experience the person was under the influence of a drug or a combination of drug and therefore unable to operate a (car) vehicle safely in Pennsylvania. If you have more questions about DUI in Pennsylvania pick up a copy of my book – 5 Ways to Fight and Win your Pennsylvania DUI case.