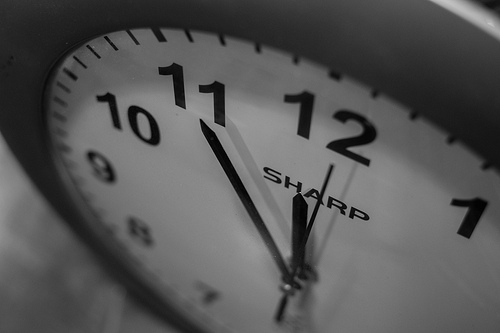 The majority of criminal charges begin with a police investigation of suspicious activity. During that investigation, police normally perform a search and sometimes discover contraband or illegal item (guns, drugs, etc) which can eventually become the basis for criminal charges. The primary criminal defense tool to combat these types of cases is a motion to suppress evidence where the burden is on the prosecution to establish that the illegal items (guns, drugs, etc.) weren’t obtained in violation of a person’s Fourth Amendment rights against illegal search and seizure.

A successful motion to suppress will make all the illegal items inadmissible in court and will more than likely cause the prosecution (district attorney) to either withdraw the case or cause the court to dismiss it for lack of evidence. Police can begin an investigation based on reasonable suspicion that criminal activity has occurred or is occurring. Reasonable suspicion is a lower form of probable cause and allows police to detain (or temporarily hold) a criminal suspect to investigate their suspicions.

Reasonable suspicion also sometimes allows police to stop either a car or a pedestrian and the courts will evaluate the reasonableness of the stop based on the totality of the circumstances. After that stop, the officer is permitted to investigate his suspicions but the court will evaluate the basis for that investigation. An officer can’t stop a car or a pedestrian based on a mere suspicion or a hunch. The police officer must be able to point to specific and articulable facts and reasonable inferences drawn from those facts in light of the officer’s experience.

It’s important to understand that in most cases, police officers need probable cause to stop a car but courts, in and out of Pennsylvania have allowed police officers to stop the car with less than probable cause to investigate possible DUIs or other impediments on a person’s ability to drive safely. After the car is stopped, there is no clear rule on how long an investigation may last but police officers are permitted to extend the time of the vehicle or pedestrian stop if they can’t continue to develop a reasonable and articulable suspicion of criminal activity that expands the scope of an investigation beyond the initial reason for the stop.

Keep in mind that the officer doesn’t have to articulate specific criminal activity but only the suspicion of criminal conduct or items that might imply criminal conduct. A court, therefore, in determining the reasonableness of an investigation may consider the following:

Since there is no exact amount of time in which an officer must complete an investigation, it is important to always remain silent and not allow police to search your vehicle or your person. Never give consent to search! Further, don’t volunteer any information and don’t elaborate or attempt to engage the officer in a conversation since this will only extend the investigation. The longer that the police officer investigates you and the incident surrounding the stop, the greater chance that you will be arrested and charged—he is trying build the foundation for an arrest!

At the end of the day, if you’re arrested it’s important to continue to remain silent and don’t make any statement without an attorney. Even if police find an illegal item in your car, don’t say anything about it; just let them arrest you—don’t try to explain it to them. While you have a Fifth Amendment right against self-incrimination, you can’t use that right if you volunteer information. The Fifth and Sixth Amendments don’t cover voluntary statements made to police just like the Fourth Amendment doesn’t cover illegal searches made with consent of the owner or occupants.

Further, these constitutional protections may not necessarily apply to your situation. Remember that you only enjoy a 5th and 6thAmendments if you are in police custody and police are trained to use certain words to remove perhaps the custodial nature of their investigation (Your free to go but why don’t you tell me …..). There are even situations where a person is at the police station but not necessarily in police custody (person goes to make a statement and told they are free to leave but they stay anyway).  There are actually 3 different types of police interactions

For more information on criminal defense tactics I encourage you to read my free books and visit the free download section.

Witness Failed To Appear In Court? What To Know And Do. Prosecution Witness Issues