Can The Police Stop My Car Or Frisk Me? | Terry Stop & Frisk

This holiday weekend, we celebrate our independence and many will travel to various destinations by car. There will be an increased police presence on the highways because of the amount of people on the roads and the strong possibility that some will drink and drive.  Those who are stopped will enjoy Constitutional protections that are the basis for this national holiday.  Sadly,, most people don’t understand their rights, specifically those pertaining to illegal arrest, search and seizure. 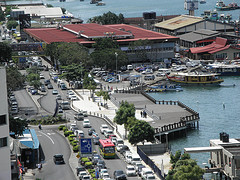 Usually, a police officer or state trooper must have probable cause to stop your vehicle. Most states, however, including Pennsylvania, however allow a law enforcement officer to stop a car under Reasonable Suspicion (a lower form of Probable Cause) if the officer believes that the driver is intoxicated (crossing the double lines, driving very slow, etc.). Probable cause is the reasonable belief that a crime was or is being committed and Reasonable Suspicion is a lower form of Probable Cause. During a traffic stop police can establish probable cause if they observe a driver speeding or disobeying some other section of the vehicle code (Title 75).

Once the police stop a car, they are permitted to investigate the cause of this traffic violation or confirm their suspicion (DUI). During the investigation the police will ask for your driver’s license, registration, and proof of insurance. If during this investigation the police officer has reasonable suspicion that you have committed some crime or are about to commit a crime the officer may take you out of the car and frisk you along with the occupants in order to protect the officer’s safety. This is known as a “Terry Stop and Frisk” and it is named for the US Supreme Court case of Terry v. Ohio.

In this case, the Court found that while these brief detentions and frisk were seizures and searches under the 4th Amendment to the United States Constitution but that they were permissible. The Court found that this type of investigation didn’t violate the Constitution because of the need to protect the officer and the public from potential criminal act. In Pennsylvania, a stop and frisk is limited to a subject’s or suspect’s person. Other states may, however, allow the officer to search other compartments that are in a person’s immediate control such as a glove box or a center console area.

The Supreme Court in Michigan v. Law found that the a police officer was permitted to search the center armrest even though the driver was being detained by police because of the possibility that the driver could either break away from the officer or eventually return to the car and harm the officer. Again, while a stop and frisk does technically violate your Constitutional Right under the 4th and 14th Amendments, the law permits this “minor” infringement because the public’s interest supersedes your constitutional rights.

During a stop and frisk if the officer feels an item that, based on his/her experience, appears to be contraband (i.e. drugs or guns) he/she is permitted to seize it and also extend the search to that area. Normally police are not permitted to search other areas unless that item is in “plain view”.