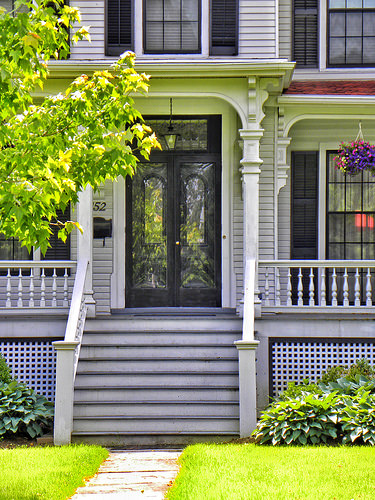 Following my last blog, many of my readers had questions about searches of homes as opposed to a vehicle or a car. The topic of an illegal search and seizure is an important concept especially in cases involving illegal drugs, guns, and firearms. In most cases, this type of contraband is discovered following the search of property. While some of these searches occur with a search warrant, many don’t involve a warrant and are based on some type of exigent circumstance. Exigent Circumstances are exceptions to the general requirement of a search warrant under the Fourth Amendment to the United States Constitution. These occur when a law enforcement officer or a police officer has probable cause but doesn’t have sufficient time to secure a warrant.

To determine if exigent circumstances exist, a court looks at when the officer made the warrantless search to evaluate if a reasonable officer, at that point and time, would believe that it is urgent to act and impractical to secure a warrant. Courts may also consider other factors such as whether the suspect was possibly armed, planning to escape, or whether the police officer believed that his safety or the safety of others was threatened. Exigent circumstances also exist during the hot pursuit of a suspect who was possibly involved in a crime and in the process of fleeing.

In most cases, if there are no exigent circumstances, police need a warrant to search property regardless if it is a house or car. This, however, has changed somewhat in Pennsylvania in the last few years when our Commonwealths’ Supreme Court ruled that police could search a car based on nothing more than probable cause. In that decision (Commonwealth vs. Gary); the Supreme Court basically said that the car is itself an exigent circumstance because it is easily moved after an arrest regardless of whether the police could impound it.

With the Gary decision, the Pennsylvania Supreme Court said that if the police could establish probable cause, they could search the car. As written in previous articles, probable cause is the reasonable belief, based on an officer’s training and experience that a crime has occurred or is occurring. While this was a major change in Pennsylvania, it was always a standard at the federal level and in many state courts like New Jersey and New York. The search of a car, however, is much different than the search of a house.

Courts have a much easier time justifying the search of an automobile or vehicle that travels on public roads and is highly regulated. States like Pennsylvania and New Jersey, like so many others, regulate the operation of motor vehicles and cars on the roads. This is one of the primary reasons why courts treat vehicles much different than houses. The regulation of cars (inspections, insurance) translates into a lower expectation of privacy in one’s car than in one’s home.

The issue of an illegal search and seizure is litigated in a criminal court during a motion to suppress evidence where the burden is always on the Commonwealth (prosecution) to establish by a preponderance of the evidence that probable cause existed. Even if probable cause exists, the prosecution must also establish that exigent circumstances existed in most cases (other than a Gary situation) to excuse the need for a search warrant. The burden is on the prosecution to present clear and convincing evidence that the circumstances surrounding the opportunity to search were truly exigent and that the exigency was in no way attributable to a decision by police to forego the need for a warrant.

To determine whether exigent circumstance exist in the case of a house search, a court will consider the following factors:

The law pertaining to search and seizure remains focused on the balance of protecting the right of individuals to be free from unreasonable searches and seizures and protecting the safety of citizens and police officers by allowing police to make limited intrusions on citizens while investigating crimes. For more information on criminal defense strategies and tactics, please visit our free download section and keep reading our blog.

Warrantless Searches and How To Avoid Them Does a tip give police reasonable suspicion to stop?