Who is the “government” and why it matters 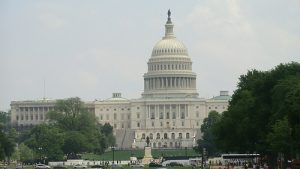 Our criminal defense law firm defends individuals in Philadelphia, Pennsylvania, its surrounding counties, and New Jersey charged with crimes involving the possession of illegal guns and drugs.  A major issue in these cases is government conduct and how it relates to an illegal search ansd search.

Without government conduct there is no issue with regards to an illegal search. Government action is not limited to police officer actions or those done by state or federal law enforcement agencies (FBI, DEA, CIA). Unlike a private citizen, a government agent is limited in terms of their ability to conduct a search of a person’s property. While a private citizen can be found liable for actions which amount to illegal trespass or destruction of property, the Fourth Amendment does not become an issue when a private citizen chooses to search a person’s property, regardless of whether it’s their home, place of business, a vehicle, or even the person themselves.

The United States Supreme Court has found that the Fourth Amendment protects individuals against illegal search and seizure and these searches include ones done by public school administrators, hospital administrators, health care workers in a state hospital, and government workers such as firefighters, OSHA inspectors, building inspectors, and probation/parole officers. If you are charged with a crime involving illegal drugs, narcotics, or firearms, and these items are recovered following a search, your criminal defense lawyer must look at who conducted the search, where it was conducted, and for what purpose.

The purest example of private conduct is one in which the government has nothing to do with the conduct, nor participates or even knows of it until after it is complete. In these situations, the conduct is not governmental and the Fourth Amendment is not implicated. In this situation, if the items are recovered and turned over to a government agent (police officer, state trooper), they can be used in a criminal prosecution and the Fourth Amendment will never be an issue.

If a government official, acting as such, conducts or participates in a search and seizure, the conduct is governmental and the Fourth Amendment is an issue. It is also important to understand that if a private citizen’s act as an agent of or under government direction, the conduct is also governmental. This means that if a private citizen searches a piece of property based on the direction of a police officer or other government official, the Fourth Amendment will again become an issue in the case. Whether a private person is deemed an agent or an instrument of the government depends on the degree of participation on the private person’s action.

For more information on illegal search and seizure I encourage you to visit my free download section and obtain a copy of my book, “What Everyone Should Know About Guns, Drugs, and Defense Lawyers in Pennsylvania”.

New Jersey Stop & Frisk – When is it permitted? Vehicle and Traffic Stop Searches  Where is the limit?