New Jersey, like all other states, including Pennsylvania, maintains its own separate constitution which maintains similar articles as those contained in the United States Constitution. A major topic in the criminal defense area is the issue of illegal searches and seizures, which is contained in the Fourth Amendment to the United States Constitution and Article 1, Paragraph 7 of the New Jersey Constitution. It’s important to keep in mind that these provisions appear almost identical but, the New Jersey Supreme Court and the Appellate Division of its Superior Court (trial court) have interpreted Article 1, Paragraph 7 of the State Constitution as providing significantly more protection in the area of warrantless searches than would otherwise be available under the Federal Constitution. This is one of the reasons why during any motion to suppress evidence in New Jersey or Pennsylvania, it is extremely important that the arguing criminal defense attorney cite both the state and federal constitution during an oral argument before the court and in their written motion and supporting memorandum of law. 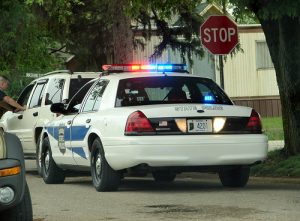 In New Jersey, like Pennsylvania, the law presumes that any search conducted without a search warrant is invalid or unreasonable (illegal). While a warrantless search in New Jersey, like Pennsylvania, is presumed to be invalid, it is up to the defense to assert that a person’s rights were violated under the State and Federal Constitution, otherwise this right is waived and the case will proceed to trial. Whether a search is reasonable or unreasonable is based on 3 issues:

The most common warrantless search in New Jersey, as in most states, is the car or motor vehicle search. The most common exception to the search warrant requirement for a car is the plain view exception in which police observe contraband (drugs or guns) in plain view which gives them probable cause to seize the item.

Like Pennsylvania, New Jersey determines probable cause based on a totality of circumstances analysis and an objective standard of reasonableness. There are many situations in New Jersey where police conduct a search without a warrant on a vehicle. It’s important to keep in mind that, while a warrantless search is on its face illegal, the issue of inevitable discovery may cause a court to still find that the evidence is admissible despite being a product of an illegal search. In order to use the inevitable discovery rule however, the state (prosecution) must prove by “clear and convincing evidence” that proper, normal, and specific investigative procedures would have been pursued and that using those procedures, the evidence would have been inevitably discovered independently. The most common use of the inevitable discovery rule would be during an inventory search where police must tow a vehicle following a stop based on an alleged safety issue or for the mere fact that it is blocking traffic.

For more information on New Jersey criminal defense tactics and strategies I encourage you to keep reading my blog.

Understanding Probation in New Jersey GPS Tracking Devices  What do police need to use one?