Too much fun? Too loud? When is it a crime in Pennsylvania? 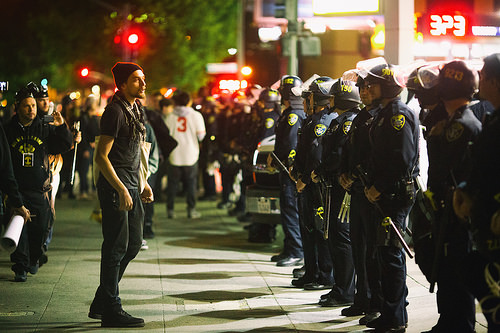 New Year’s Eve and New Year’s Day are two big events in the City of Philadelphia, its surrounding suburbs, and New Jersey. Unfortunately, some people celebrate too much and find themselves charged with the crime of Disorderly Conduct. This criminal offense is often misunderstood but it can jeopardize a person’s otherwise clean criminal record. In Pennsylvania disorderly conduct, Title 18, Section 5503, is defined as the intent to cause public inconvenience, annoyance, alarm or recklessly creating a risk by engaging in fighting, threatening, or “tumultuous” behavior. Making unreasonable noise, using obscene language or creating hazardous or physically offensive condition is also considered a Disorderly Conduct in Pennsylvania.   This crime does not require actual physical contact and is more focused on the overall conduct and the intent of the actor.  In many cases, Disorderly Conduct is charged with other crimes, all of which will require a proper defense.

If you are charged with disorderly conduct New Year’s Eve, New Year’s Day, or any day its important that your criminal defense lawyer focus on these elements of this crime. While disorderly conduct is normally charged as a summary offense, even a low level summary offense can still create a criminal record. Even a minor criminal conviction can negatively affect job prospects and other professional opportunities. In Pennsylvania, a summary offense can be expunged after five years but you can’t expunge a misdemeanor conviction at this point in the Commonwealth. This law, however, may change regarding misdemeanor convictions in future.

If you have more questions about criminal defense, check out one of my free books or videos. They are all great free resources that can put you the road to success.