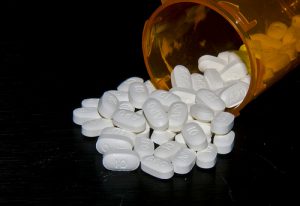 Our criminal defense law firm handles matters in Pennsylvania and New Jersey, with an emphasis on crimes and offenses involving the illegal possession of drugs, guns, and driving under the influence  (DUI/DWI). In these cases we frequently file motions to suppress evidence based on violations of our client’s constitution rights under the Pennsylvania (Article 1, Section of the PA Constitution), New Jersey (Article 1, Paragraph 7), and the United States Constitution (4th & 14th Amendment.)

Each jurisdiction contains its own constitution, which offers a higher level of protection than that of the US Constitution. It’s important to keep in mind that under the Supremacy clause, no state constitution can violate the US constitution but there is no prohibition against a state providing further protection. Recently, I defended a case in Philadelphia involving a young African American man was charged with possession with the intent to distribute marijuana and prescription pills (schedule II controlled substance (Oxycodone, Percocet). In addition to these drug charges, our client was also charged with possession of an instrument of crime even though he maintained a license to carry the handgun, which was found in his possession when police performed a search of his vehicle.

Possession of an Instrument of Crime

Prior to discussing how our firm successfully argued a motion to suppress all of this incriminating evidence, it’s important to understand that a district attorney’s office in Pennsylvania can charge an individual with a crime involving a gun even if the person legally possessed the firearm at the time of the incident. The charge of Possession of an Instrument of Crime (PIC—Title 18 § 907) is committed when a person possesses any instrument of crime with the intent to employ it criminally. A person who commits this offense commits a misdemeanor of the 1st degree if the instrument of crime is a firearm or other weapon concealed upon a person’s body. It is a felony of the 3rd degree if the person commits a felony level offense (i.e. Robbery, Burglary) and while in the course of committing that felony wears body armor or has body armor in his control or possession. In this case, our client faced misdemeanor charges for the PIC offense but a felony charge for the PWID offense. While the felony charge didn’t involve any observed transactions, the prosecution would have likely introduced an expert at trial to testify as to our client’s intent based on the weight, the amount of US currency found on him, and the other drug paraphernalia (bags, scale) found along with other narcotics at the time of the arrest.

Our client’s defense at trial was extremely weak because there was strong evidence to suggest that our client was at least in constructive possession of the illegal narcotics. These drugs, combined with the firearm and money, would have provided the prosecution with strong direct and circumstantial evidence which would have convinced a judge or a jury to convict our client of these offenses.  Remember that at a criminal trial, the burden of proof is guilt beyond a reasonable doubt.

Our firm filed a motion to suppress evidence under the Pennsylvania Constitution (Article 1, Section 8) and the 4th and 14th Amendments to the United States Constitution. The basis for the motion was a lack of probable cause to stop our client for a violation of the vehicle code. It’s important to keep in mind that police must have either probable cause or reasonable suspicion to perform a vehicle traffic stop. If probable cause or reasonable suspicion does not exist, all of the evidence found after the stop is inadmissible. Most situations police need probable cause but there are situations where a court will allow a stop provided the officer testifies that, based on his experience and training, the driver appeared to be intoxicated or possibly in medical distress.

Once a vehicle stop is initiated, based on a violation of the traffic code, police may perform a search of that vehicle, without a warrant, provided that police can show probable cause that the vehicle contains contraband (i.e. illegal drugs, guns). In this situation, police stopped our client but didn’t have probable cause to do so. This stop was based on a failure to use a turn signal and the alleged illegal tint on our client’s vehicle. We argued to the court that our client was in a turning lane and could do nothing but turn right and so a signal wasn’t necessary. Further, the police officer testified on direct examination that the windows were rolled down, and this testimony called into question his credibility with regards to the tint on the windows.

For more great information on criminal defenses involving illegal possession of guns, firearms, narcotics, and drugs in Pennsylvania and New Jersey, I encourage you to keep reading our blog and take some time to visit our free download section, which offers all of my books and videos.

Offenses vs. Crimes in New Jersey- What’s the difference Endangering the Welfare of Child – Neglect vs. Abuse