You want to go to trial but you do understand your options? 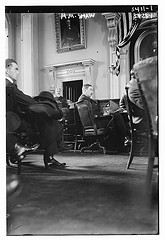 Client often come to my office demanding a trial but often don’t truly understand their options. The sign a good attorney isn’t the one who rushes off to trial just because the client wants one. I know that this may be tough to hear but the client isn’t always right! The practice of law, however, isn’t about showing a client why he or she is wrong but about being a true counselor. Regardless of whether you are charged with an illegal gun, drugs, or a DUI, you need to understand what I like to call your options once your case proceeds beyond a preliminary hearing and your criminal exposure (possible sentences) if convicted.

In criminal case, you four options which include (1) jury trial, (2) bench trial, (3) a negotiated plea, and (4) open plea. It’s important to understand the basic behind these options to fully understand your rights.

The jury is selected from a group of approximately ninety (90) persons during a process known as Voir Dire (French for “to see.” During this process, attorneys for both sides attempt to identify any biases or prejudices which may cause a potential juror to be partial toward one particular side. The defense and prosecution each get a number of preemptory challenges and with those challenges may excuse a juror without a reason. If either attorney wants to exclude a juror without using a preemptory challenge they may make a motion for cause but the judge is not required to grant it.

A jury decides all issues of fact which means the credibility of witnesses and the weight of the evidence presented by each side. Judges, however, decide all issues of law which means the admissibility of evidence (motion to suppress) and the right to pursue certain lines of questioning. The jury’s verdict must be unanimous and if the jury can’t reach a verdict, a judge can declare a mistrial. A mistrial doesn’t mean that a person necessarily goes free but that the prosecution must go through the entire process again.

A bench trial provides an individual with all the same constitutional rights as a jury but the major difference is that the finder of fact is the judge. The judge also maintains his/her authority over all issues of law pertaining to the trial stated above. Unlike a jury trial, a bench trial only requires that the prosecution convince one person (the judge) that an individual is guilty beyond a reasonable doubt.

While it may appear that a jury trial is a much better option there are various reasons why one should select a bench trial over a jury. The most common reason is that a case involves an issue that requires a substantial understanding of the law and the elements of an offense. Frequently we recommend that clients proceed with a judge trial if a defense strategy focuses on the degree of severity (I did it but not the way they are saying I did it) as opposed to a fabrication theory (it wasn’t me or it was him/her). A bench trial is a much better alternative in cases focused on the degree of harm because it is often difficult, if not in possible to explain nuances in the law, to a jury in short period of time. We often advise to proceed with a judge alone trial in cases involving Possession with the Intent to Deliver (PWID).

While the goal of criminal defense work is often a not guilty verdict, there are situations where it is in the client’s best interest to concede that the prosecution can establish guilt beyond a reasonable doubt. A negotiated guilty plea is a proceeding where prosecution and defense work out the terms prior to going before a judge who in most cases will approve the agreement. Prior to entering into any negotiations with the prosecution it is very important that an attorney understand the offense gravity score (OGS) for a particular offense as well as a client’s prior criminal record score (PRS). In many situations a defense attorney will request that the Court order a presentence investigation (PSI) to determine any undiscovered areas of mitigation or aggravation which could be affect negotiations. The negotiation process may also involve the client cooperating with the government in exchange for more favorable deal; this is called a proffer agreement. The advantage of negotiated pleas is guaranteed result.

Unlike a negotiated guilty plea, open guilty pleas are not based on any agreements between the defense and the prosecution. In most cases, the defense elects to “plead open” because the prosecution is unwilling to provide favorable negotiation terms and the defense attorney believes that a judge will not sentence a person to any harsher sentence then what the prosecution is offering. There is a certain degree of risk associated with open guilty pleas and most defense counsel will only advise clients to proceed in this way if they have a strong understanding of a judge’s sentencing philosophy. It’s sometime a good decision to plead open before a judge if a client possesses a great deal of mitigation (strong work history, family, military, or community service).

A plea of no contest is basically the same as a guilty plea with the only difference that the client/defendant doesn’t make an admission of guilt. This is often advisable where client may have civil liability (lawsuit) in addition to criminal exposure. While a client may plead no contest, they may need to plead guilty in order to obtain a specific type of plea deal (less time in jail or less probation etc.). This is often, however, not always the case but it’s important to at least explore it

Prior to proceeding to trial it is important that your attorney explain all of these options so that you can make an informed decision. For more great legal advice, please keep reading my blog and visit my free download section.