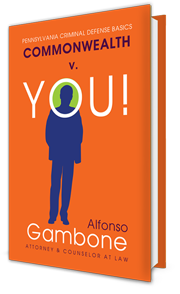 Through my blog and my other free publications, I have written a lot of articles about the burden of proof at a criminal trial and most of my readers understand that this burden is always on the prosecution. With that said, however, a proper defense must always consider calling a defense witness or even the accused if the prosecution has presented compelling evidence. Calling a defense witness, however, isn’t an easy decision because this person will have to also answer questions during the prosecution’s cross examination. While a good defense attorney can protect the witness with objections a judge may overrule those objections and require the person to answer.

If your criminal defense attorney plans on calling a witness at trial, he must thoroughly review their background to make sure that this decision doesn’t ultimately hurt the case more than it helps it. While an accused’s character is never admissible at trial unless the defense offers it into evidence there are separate rules that cover the impeachment of a witness’s credibility which includes the accused. Character evidence falls under Rule 404 while Rules 607, 608 and 609 covers witness impeachment under the Pennsylvania Rules of Evidence. Your criminal defense attorney must have a command of these rules even if he doesn’t call a single witness at trial because these rules of evidence apply to defense and prosecution witnesses.    There are different rules of evidence in state and federal courts in Pennsylvania.

The rules of evidence allow the prosecution and the defense to impeach the credibility of any witness (including the accused) through various channels. Impeachment can expose a witness’s partiality, motive, prior convictions, character for untruthfulness, prior inconsistent statements, as well as a person’s inability to recall certain facts. There are eight (8) categories of impeachment:

It’s often necessary to call a defense witness especially in cases involving illegal guns or drugs where an arresting officer claims that a person was involved in illegal activity or had possession of some type of contraband. Even if a witness has credibility issues the defense can still call this person but just needs to be prepared to rehabilitate the witness after the prosecution attacks their credibility. These same rules apply to the prosecution.

If you have more questions about criminal defense strategies, take some time to visit our free resource center.