Simple Assault: What the Prosecution Needs in Pennsylvania 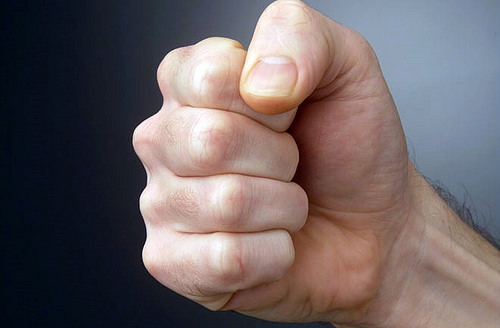 It is important to understand that a threat itself doesn’t constitute a simple assault. A threat is only simple assault if the actor is in a position to carry out the threat immediately and takes affirmative steps to do so. It’s also important to consider that the prosecution doesn’t need to establish the victim of an assault sustained an actual injury. Equally important, however, is that the prosecution must establish beyond a reasonable doubt that the accused intended and attempted to put the victim in fear. The victim’s state of mind, therefore, is irrelevant.  There are other crimes in Pennsylvania where the victim’s state of mind is relevant.

There is case law in Pennsylvania that even says that the mere pointing of an unloaded gun at an individual isn’t sufficient to establish a simple assault. There is also case law, however, which states that the following situations constitute as simple assault:

For the purposes of sentencing simple assault merges with the crimes of robbery, rape, burglary, or a theft conviction where the conviction is based on the same incident. Simple assault is a lesser included offense of aggravated assault and also merges for the purposes of sentencing with that felony offense. Aggravated Assault is graded as either a felony of the first or second degree depending upon the circumstances surrounding the incident.  Check out my article on Aggravated Assault for more information on this  criminal charge. While some courts have found that simple assault is a lesser included offense of recklessly endangering another person (REAP) more recently, Pennsylvania courts have found that it isn’t a lesser included sentence and doesn’t merge for the purposes of sentencing.

Recklessly endangering another person (Section 2705) is a misdemeanor of the second degree and it is committed when a person engages in conduct which puts another person in fear of death or serious bodily injury. To establish REAP, the prosecution must prove beyond a reasonable doubt that the accused has an actual present ability to inflict harm and not a merely apparent ability to do so. To commit this crime, therefore, there must be actual danger and not the apprehension of danger.

In closing please keep in mind that the elements of criminal charges are the first line of defense in any criminal case. Never forget that that the burden of proof is always on the prosecution. For more information on criminal defense strategies, visit our free resource section and watch our free videos.