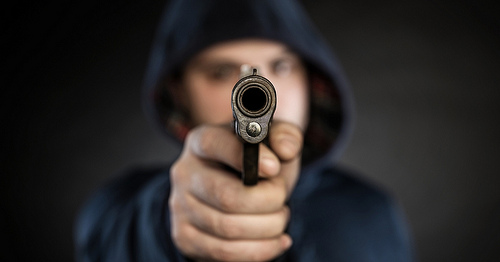 Our law firm in Philadelphia often defends the crimes of Aggravated Assault and Attempted Murder in Pennsylvania. These are obviously serious charges which subjects a person to a substantially long prison sentence. Even a person with no criminal history could face a minimum of 5-10 years in prison followed by a substantially long period of probation.

These two criminal charges are often involved in the same case but the elements of each offense are different. When a person is charged with Aggravated Assault the prosecution must prove beyond a reasonable doubt that the defendant attempted to cause, or did cause, serious bodily injury. Serious bodily injury is defined as an injury that would create a substantial risk of death or that will cause serious, permanent disfigurement or a protracted loss or impairment of a function of any body organ. The prosecution must also establish beyond a reasonable doubt that the defendant’s conduct was intentional, which means it was his or her “conscious object” or purpose to cause the serious bodily injury.

It is important to understand that the prosecution (Commonwealth) doesn’t need to prove an actual injury, but only that the defendant took an actual or “substantial” step in which it was his or her intent to cause a life threatening injury to the victim.

Attempted Murder, however, requires the prosecution to prove beyond a reasonable doubt that the defendant had a specific intent to kill, which means, he or she had fully formed intent to kill and was aware of that intention. The prosecution must also show, similar to Aggravated Assault (attempt) that the defendant took a substantial step toward the commission of the killing. Keep in mind that in Pennsylvania there is no Attempted Murder of the second or third degree and only Attempted Murder of the first degree. The prosecution therefore must prove that the defendant specifically intended that death result from the attempted homicide. Unlike Murder in the first degree, a death may occur as an unintended consequence which would equate to a lesser degree of murder (second or third degree).

When a person is charged with either Attempted Murder or Aggravated Assault, an important consideration for the defense is a self-defense argument. If self-defense is asserted at trial, the prosecution must establish beyond a reasonable doubt that the person was not trying to defend himself against an attack. I’ve written previous articles on self-defense and I encourage you to read them. Check out my article on the Castle Doctrine. Keep in mind that even if a person asserting a self-defense argument acted on a mistaken belief that his life was in danger, the jury is obligated to find the person not guilty if they believe that the person acted reasonably. Self-defense, therefore, is an important and powerful argument at trial and one that your criminal defense lawyer must consider if you are facing either one of these charges.

Remember that there are two types of criminal trials—bench and jury. Never assume that because you are charged with either one of these serious crimes that it is better to proceed with a jury trial. Your criminal defense lawyer must discuss with you the advantages and disadvantages of a jury trial. While in many cases, a jury trial is the preferred method to address these types of criminal charges, it is critical that you question your attorney as to why its the better option.

For more information on criminal defense strategies I encourage you to keep reading my blog, subscribe to my monthly newsletter, or visit the free download section of the website.

Simple Assault: What the Prosecution Needs in Pennsylvania Civil Liability vs. Criminal Culpability: The Case Against a Demolition Contractor