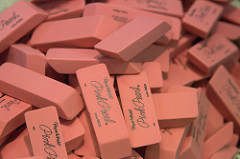 Clients are often shocked to find out that Pennsylvania has really strict laws regarding criminal convictions and expungements. Currently you can’t expunge any type of misdemeanor or felony convictions in Pennsylvania. The Commonwealth only allows an expungement for Summary Convictions 5 years after the date of the conviction. It is important to distinguish between convictions and arrests which don’t result in convictions such as in the case of not guilty verdicts or certain diversionary programs (accelerated rehabilitative disposition (ARD)). A person can apply for an expungement in these situations.

Pennsylvania, however, may dramatically change the current expungement law. Yesterday a Bill passed in the Pennsylvania House which would allow a person convicted of certain misdemeanor offenses to have their record expunged if at least ten (10) years had passed since the date of conviction. This new expungement law will focus on non-violent offenders and would include offenses such as DUI, simple drug possession, and certain theft charges. Similar to the current law regarding non-convictions and offenses which are disposed of through ARD, law enforcement would have limited access to these records. This means that the standard background check would not uncover the record but a law enforcement search would see the record in the event the person was arrested a second time on some other charge.

The proposed law is probably not going to cover misdemeanor convictions pertaining to violence such as terroristic threats, simple assault, and recklessly endangering another person (REAP). In addition, the law probably won’t cover misdemeanor convictions that have to do with guns or weapons such as possession of an instrument of crime (PIC) and carrying a firearm or gun on the public streets of Philadelphia (VUFA – 6108). The law is also not going to cover any type of felony convictions even if those convictions have nothing to do with violence such as possession with the intent to deliver or manufacture (PWID), certain theft defenses, fraud, and any offenses dealing with guns or firearms (VUFA 6105, 6106, and 6110.2).

The next step for the Bill is for the Pennsylvania Senate to approve it. If that happens the Bill would move on to Governor Tom Wolf who would more than likely sign it. While this new law wouldn’t cover many offenses in Pennsylvania it would still substantially change expungements in the Commonwealth. If you have more questions about expungements I encourage you to read my other article on this topic or call our office. Representative Jordan A. Harris who represents the 168th legislative district proposed this Bill. It will be interesting to see what happens to the Bill in the State Senate.  If you have other questions about criminal defense or DUI, read one my free books or my monthly newsletter.  There are also over 30 instructional videos on this website.