Gunshot Residue: Small Particles that could be a part of your big gun case in PA 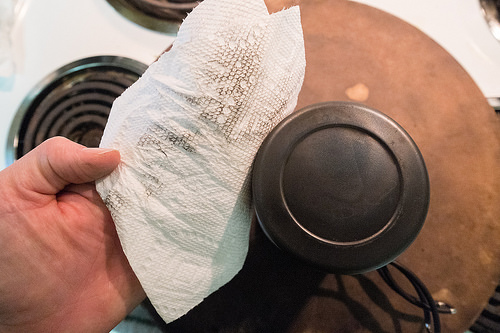 Gunshot residue (GSR) evidence is a form of usually circumstantial evidence that comes up in many gun and firearm cases (VUFA crimes) in Pennsylvania. GSR is often not detectible by the naked eye and requires some type of magnification or other piece of analytical equipment to identify it. GSR can directly link someone to the area where a gun or a firearm was fired and is typically found on the hands or clothing of people who have been in the area of a discharged weapon or obviously one who has fired a weapon themselves.

GSR answers the question, “who fired the gun?” or “what was in the area when the gun was fired?” GSR are very durable particles composed of heavy metals that originate from ammunition components. These are inorganic materials and can therefore last in a normal environment indefinitely. GSR occurs when the firing pin of a firearm strikes the primer cap of the ammunition. This high temperature burning creates a residue and the particles are deposited on the hands, clothing, and surrounding areas on or near the shooter. This is known as the Lockhard Exchange Principle.

This principle states that when two objects come in contact with another, an exchange of material takes place. For instance, when two garments come into contact with one another, there may be a transfer of fibers from one garment to another. There may be even a secondary transfer as the object moves through the environment. GSR can be transferred from hands to clothing or surrounding areas by contact. It can be further transferred from the back and the palm of the hand simply by rubbing the hands together.

The hands are the most common place that GSR is collected. With handguns such as revolvers, pistols, and automatic weapons a clear pattern emerges on the back and palm of the hand. In the cases of rifles, the face of the shooter can be sampled because studies show that GSR is deposited in these areas with certain types of weapons which create blowback toward the chest, face, and hair. Clothing is another secondary area which often preserves GSR especially if the shooter has washed his hands or a longer period of time has elapsed since the shooting. Other objects in the environment such as tables, chairs, walls, drapes, and bedding may help determine where the shooting took place. Objects in the environment also include cars and obviously the interior is more likely to hold GSR rather than the exterior.

GSR is a critical piece of evidence especially in cases where there isn’t direct evidence of actual possession of a firearm and the prosecution’s theory is constructive possession without any corroborating eye witness testimony. If you are charged with a gun crime (VUFA) it’s important that your criminal defense attorney point out that GSR exists and can be easily transferred from one person to another even if the person hasn’t fired a gun or been around a gun. I encourage you to read my articles on actual vs. constructive possession and direct vs. circumstantial evidence for more information on these topics.

Guns, Firearms, and Sentencing Guidelines in Pennsylvania Prohibited Weapons, Guns, & Firearms in New Jersey: What are the 3 Classes of Weapons and Firearm Offenses?