Most people believe that a Drug DUI (Section 3802(d)(1) or Section 3802(d)(2) charge only pertains to illegal drugs. DUI, however, is the abbreviation for driving under the influence. 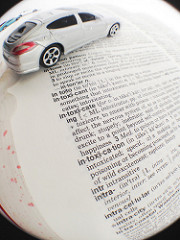 Influence can be alcohol, illegal controlled substances (cocaine, heroin, marijuana, PCP), legal controlled substances (prescription narcotics), and even over the counter drugs which don’t require a prescription. Any substance which causes mental or physical impairment can lead to a DUI charge.   Some people believe that “entitlement” is a strong legal defense when it comes to DUI. Entitlement attacks the “mens rea” (intent to commit) element of a DUI. The defense is basically “I didn’t know I was doing anything wrong”. How a person became impaired isn’t an element of a DUI charge. Entitlement would only be a defense if the defense can establish that the person became intoxicated involuntarily. If the defense attorney wanted to present such a defense he or she would need to present testimony or evidence regarding how the person consumed the drug and what warnings, if any, the person was given prior to consumption.

All prescription and non-prescription drugs have labels which indicate what effects the drug may have on a person and specifically their ability to operate machinery. If the defense wants to make such an argument it would need to address the following issues at trial:

Again, the entitlement defense would only work if there is sufficient evidence to support involuntary intoxication. The defense must convince a judge or a jury that the person’s belief that the drugs would not cause impairment was reasonable. Drug DUI cases are seriously because they subject even a first time offender to a mandatory minimum 3day jail sentence and a 12 month drivers license suspension. A second offense is an 18 month drivers license suspension and 90 days in jail. If you have questions about Drugs and DUI call our office.