To get search warrant police to write and sign a probable cause affidavit in which they state their basis for the warrant. In this affidavit the police have to show that there is a reasonable probability that evidence of a crime will be found in the area they are requesting to search. Search warrants aren’t just limited to tangible areas but also include intangible items like phone conversations, other voice recordings and video. 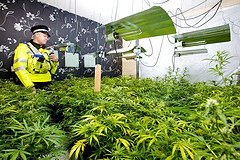 In this affidavit police officers will more than likely state that the information came to them from some source, usually a confidential informant, who has either been in the property or in the company of the people who are the targets of the investigation. Police therefore rely on the credibility of these informants to establish their basis for probable cause for the warrant. There are often situations where the informant provides police with inaccurate information. In Pennsylvania if the search warrant is based on an affidavit containing deliberate or knowing misstatements of material fact the search warrant, is invalid under the Pennsylvania Constitution. This is known as the “Exclusionary Rule” and a material fact is one without which probable cause would not exist.  The Exclusionary Rule states that evidence obtained in violation of a person’s 4th Amendment right is not admissible at trial. The United States Constitution and federal law, however, permit a “good faith” exception to the Exclusionary Rule.

Under the United States constitution where a police officer acts in “good faith” on an informant’s information, even if it’s later found to be inaccurate, the warrant is still valid. Despite this difference in Pennsylvania’s law, Pennsylvania law still mirrors federal law with regards to requirements for a warrant which is probable cause based on a review of the “totality of the circumstances. Probable cause is the reasonable belief that a crime has occurred, will occur, or is occurring. As stated in previous articles, state law can never provide less constitutional protections than federal law, due to the Supremacy Clause, but there is no prohibition against state law providing more constitutional protections as Pennsylvania has done with the good faith exception search warrants. The Supremacy Clause, Article 6, Clause 2 of the Constitution establishes the United States Constitution, federal statutes, and treaties as “the supreme law of the land.”

Search warrants are an important part of any drug or gun case in Pennsylvania. While there are no longer mandatory minimums for drug and gun crimes in Pennsylvania a person convicted of these crimes faces a state prison sentence. For more information regarding search warrant and affidavits of probable cause please contact our office.