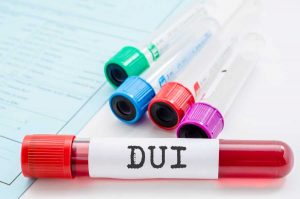 The prosecution of a driving under the influence (DUI) requires that the government produce, in most cases, scientific evidence to meet its burden of proof. This scientific evidence generally consists of a defendant’s breath analysis for the presence and concentration of alcohol, a urine analysis and/or a blood test for alcohol and other intoxicates. The level of intoxication is a critical issue in a DUI trial and scientific testing is the only way to present this evidence.

Blood analysis is considered one of the most reliable methods to test blood alcohol concentration (BAC) and headspace gas chromatography (HGC) is considered the most reliable method to make a BAC determination. HGC involves the separation of a sample into its structural components. A critical component of HGC analysis is whether the specimen tested is a whole blood measurement. In Pennsylvania, the law is very specific and anything less than whole blood requires the imposition of a conversion factor.

While the device used to determine BAC is chromatograph the report generated is known as the chromatogram. It is a computer generated graphical interpretation of raw data. GCH provides a scientist with the ability to determine all components of a specimen which would include, in the cases, of a DUI, ethanol. The chromatogram is measuring retention time which it defines as the period of time it takes for the device to identify a component in a specimen. In a case of ethanol, the machine is provided with a standard concentration for ethanol with a solution the known as a calibrator. If the substance identified matches the calibrated solution a conclusion is made that it is ethanol.

When a substance is detected it is demonstrated by a spike on a constant line. Each spike indicates a specific substance within a specimen. It is important that there be sufficient distance between spikes. Without this separation, it will be impossible for a scientist to determine a substance such as ethanol versus a non-intoxicating substance in a whole blood specimen. It is also important that the peeks are tall, skinny, and symmetrical. If the spikes do not meet these characteristics they are considered “co-eluted” which means they were detected at the same time and therefore it is impossible to determine which substance was actually detected.

In addition to issues with the actual device and/or interpretation of the results, it is important to keep in mind that the actual testing techniques could call into question the validity of BAC testing. Specimen handling and chain of custody are all issues which your defense attorney should consider prior to trial. The successful defense of a DUI requires that your attorney have a strong working knowledge of scientific testing utilized by the prosecution. Without such knowledge he/she will have no real way of defending your interest thus subjecting you to severe criminal penalties, such as imprisonment, license suspension and substantial fines.