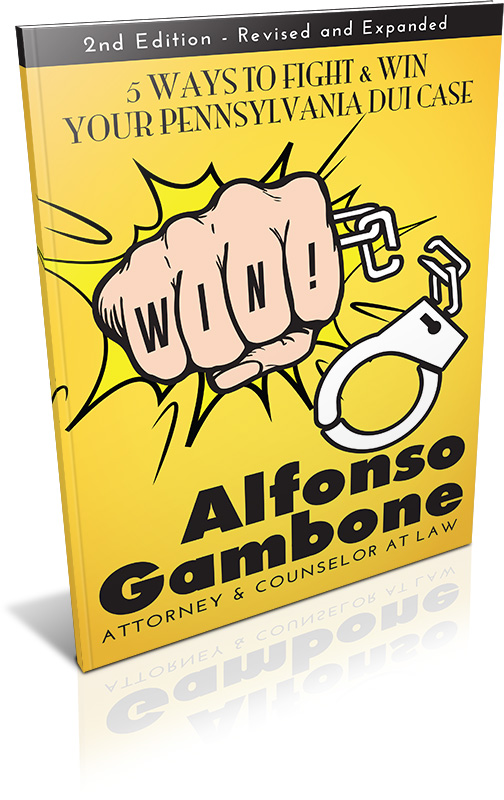 The crime of Driving Under the Influence (DUI) can happen to anyone and frequently people charged have no prior criminal history but now find themselves potentially facing jail time in Pennsylvania. The severity of the DUI statute in Pennsylvania and DWI in New Jersey is based on a person’s BAC level at the time of driving and so a good criminal defense attorney will understand the correlation between consumption, BAC, and time. BAC is measured with a blood or breathalyzer test following an arrest.

The Legal Limit For DUI In Pennsylvania

The legal limit in Pennsylvania is .08 but most people fail to understand the amount of alcohol that will put them over the legal limit; they usually underestimate it. Alcohol consumption, BAC and your level of intoxication, isn’t a perfect science and it’s really based on the individual person. Alcohol tolerance varies depending on a person’s habit of consuming alcohol and so regular alcohol consumption in most cases will raise your tolerance.   A higher alcohol tolerance, however, won’t change your BAC level.  It will just alter the way you react. Basically, you won’t feel that drunk but your BAC could likely be over the legal limit.  Tolerance and BAC are mutually exclusive!

How Your Brain Reacts to Alcohol

If a person’s body and brain are regularly subjected to alcohol, a change develops within the body to enable a person to adapt better to the presence of alcohol. The average person metabolizes a drink (.6 ounces of ethanol) within ninety minutes after consumption. A person, however, who consumes alcohol on a more regular basis will break down that alcohol more rapidly than a person who rarely drinks.  The chemistry within a body’s liver produces enzymes that break down the alcohol.

More frequent consumption of alcohol forces the liver to become more efficient in breaking down the alcohol and therefore drinkers need to drink more alcohol in order to get this same intoxication effect (you need more to actually feel drunk). This behavior doesn’t change a person’s BAC level. In addition to the liver, the brain develops tolerance to alcohol when it is regularly exposed to it. More of a tolerance leads to less for a dulling effect on alertness but again this doesn’t affect one’s BAC level.

So what does affect your BAC level?

Aside from the above stated factors, a person should also understand the effect that the presence of another medication within the body. Some of these medications in and of themselves can also cause a person to be charged with Section 3802(d). This subsection is driving under the influence in Pennsylvania while under the influence of legal or illegal drugs. Some of these medications, however, may surprise you: