While this strategy is often used when there is strong evidence that the accused person committed a criminal act, the accused is not required to admit anything to assert an affirmative defense. An accused always maintains the right to remain silent and defense counsel can assert an affirmative defense through various other channels such other witnesses, photographs, videos or documents. 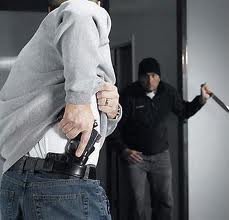 While I have discussed defenses such as self-defense, intoxication, and insanity in previous articles I want to focus on ignorance- mistake and consent article. Ignorance of the law is no defense but ignorance or a mistake as to a fact which made a person act in a certain way is a defense if the mistake negates the intent, knowledge, belief, or negligence required to establish a material element of the offense. The most common exception to the mistake a fact rule is mistake as to age. If criminal conduct depends on a child being under the age of 14 the defendant cannot assert that he did not know the age of the child as a defense. If, however, criminality depends on an age 14 years or older the defendant may assert that he reasonably believes the child to be above the required age. While the defendant may assert this defense the burden is on his attorney to prove it beyond a “preponderance of the evidence”.

This type of defense is sometimes used in sexual offenses. In these cases, however, the defense may not assert a mistake as to age where the allegation is that the defendant committed an act against a person who is under 13 years of age. Mistake of age, however, is not a defense when the criminal charge deals with photographing, videotaping, or depicting children. The defense can’t assert a misrepresentation by the child or a reasonable belief by the defendant that the child is over the specified age.

Another affirmative defense is consent. Generally consent is a defense if the alleged victim gives competent, intelligent, and voluntary consent to the conduct charged. Consent is a defense because it negates the mental element of a crime. For example, if crime requires bodily injury or the threat of bodily injury consent as a defense provided that the conduct and the injury are reasonably foreseeable hazards from the activity. It is important to understand, however, that consent is not a defense if the person consenting is not legally competent because of their youth, mental disease, defect, or intoxication to make a reasonable judgement. Consent is also invalid if it is given because of force, duress, or deception.