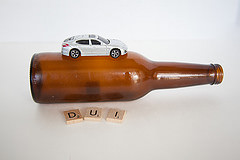 Even people with high alcohol tolerances can drink too much and find themselves in a situation where police stop their car for suspicion of DUI. In these situations it is important that a person remember three (3) basic rules: (1) don’t refuse a Breathalyzer Test, (2) don’t answer any questions even if the officer threatens to arrest you, and (3) tell the police officer about any physical limitations and injuries which would affect your balance or movement.

In Pennsylvania, everyone who drives a car on the road has given “implied consent” for police or law enforcement to conduct a Breathalyzer Test. If you refuse the breathalyzer, PennDOT can still suspend your driver’s license even if you’re not convicted in criminal court. Driving is a privilege in Pennsylvania and PennDOT can impose a suspension through administrative channels which are separate from criminal proceedings. Even if your criminal defense lawyer wins your DUI case, PennDOT can still suspend your driver’s license. While your attorney can fight the suspension in civil court it may be an uphill battle.

If you take the Breathalyzer Test you will not only avoid a potential civil penalty but it can also improve your criminal case. A good criminal defense attorney can dispute the results of a Breathalyzer and there is a lot of litigation over the validity of Breathalyzer Tests in Pennsylvania.  A number of issues can affect a BAC reading. I have written previous articles on breath test science, field sobriety tests, DUI probable cause, and Motions to Suppress Evidence in a DUI case. In addition to these articles I encourage you to read my book: “5 Way to Fight and Win Your PA DUI Case” and to visit my video page.

If you are stopped for suspicion of DUI, police more than likely are going to arrest you not matter what you tell them. A typical question from a police officer is “have you been drinking tonight” or “where are you coming from?” People often will tell the officer they are coming from a friend’s house or a party and just had one drink. They are better off telling the officer that they aren’t going to answer any questions but that he is free to give a Breathalyzer Test or a Field Sobriety Test. Police officers are trained in the law and while not attorneys, they understand that everyone has the constitutional right to remain silent. Most police officers will respect this right and simply continue with the traffic stop by giving you a field sobriety test or taking you into custody.

Answering questions will never improve your DUI case because the officer is probably asking the question because he either smells alcohol on your breath or observed your car swerving or violating some traffic law. This is what gave the officer probable cause or reasonable suspicion to stop your car in the first place. If you answer a question it will only hurt your DUI case because you’ve given the police and the prosecution more circumstantial and possible direct evidence of your intoxication. This could later lead to a conviction at trial or a judge denying your attorney’s Pre-trial Motion to Suppress Evidence. A statement like “I only had a little to drink,” or “I am coming from a party,” can persuade a judge that the police officer had probable cause to arrest you. Its always better to remain silent and simply cooperate with the police officer with regards to field sobriety tests, Breathalyzer Tests, and blood tests but never make any statements verbal or written.

3.   Tell the Police Officer about any Physical Limitations You’ve Had in the Past

A standard field sobriety test requires that a person perform certain movements so that a police officer can assess a person’s motor skills. These tests, however, are often difficult to perform even for a person who has not consumed any alcohol. There are three standard field sobriety tests – (1) the walk and turn, (2) the one leg stand test, and (3) the Horizontal Gaze Nystagmus (HGN) test.

The first two tests require you to walk on a straight line or balance on one foot. If you’ve had any type of surgery, played sports, or simply have wear and tear injuries this will, without a doubt, affect your ability to perform these tests correctly. Telling the officer that you’ve had an injury in the past will put the police, the prosecution, and the court on notice that the results of the field sobriety test may not be a fair indication of your intoxication. This will also allow your criminal defense lawyer to argue that the police didn’t have probable cause to arrest you based on the results of the field sobriety test.

With regards to the HGN Test, police officers are trained in the law but there is a great deal of case law which says that they can’t fairly use the results of the HGN Test to determine a person’s impairment. HGN is the involuntary jerking of the eyes and there is a strong argument that only a medical professional can accurately assess the results of this test.  I encourage you to read my other articles on Field Sobriety Testing and to watch my videos on this topic.

If you are stopped for DUI it’s important to keep these three (3) rules in mind because it will not only protect your rights but put your criminal defense lawyer in the best position to successfully defend your case. If you have questions about DUI, I encourage you to read my other articles, my blog, watch my videos, or read my books.

5 Things That a Pennsylvania CDL Needs to Know About PA DUI Rejected: When ARD isnt an Option.