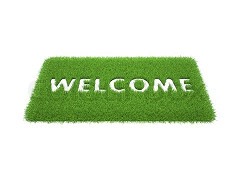 A person doesn’t have the right against illegal searches and seizures if they don’t have an expectation of privacy in the item being searched.

This situation usually develops when a person is a guest in a person’s home or a passenger in a vehicle that is stopped by police and later searched. There is no question that the owner of the home or car has an expectation of privacy because of their status as the owner but the law treats passengers and guests differently. The United States Supreme Court in Rakas v. Illinois specifically stated that a passenger and a guest can still have an expectation of privacy in a piece of property even though they don’t maintain any ownership interest in it. In evaluating the privacy interests which an individual has in a place courts will look at the purpose for which the place is used, the duration of the person’s presence in the place, the nature and the type of his relationship to the premise, and any other factors which may be relevant to an expectation of privacy analysis. In most situations courts will find that an overnight guest has a legitimate expectation of privacy in a home and therefore standing to assert the Fourth Amendment. Passengers, however, is a much more complicated situation because of the transient nature of automobiles.

It is clear, however, that ownership isn’t the only factor that a court will use to determine a person’s expectation of privacy. In most car situations, it will be difficult for the passenger to assert an expectation of privacy but it is important that your defense attorney evaluate your presence in the car along with the other factors stated above to determine if you are able to assert a Fourth Amendment argument.

If you aren’t able to make a Fourth Amendment argument it seriously jeopardizes your case as most illegal drug and gun cases are defended initially through Motion to Suppress Evidence. A Motion to Suppress Evidence is what attorney’s use to assert your Fourth Amendment Rights and your rights under the Pennsylvania Constitution through Article 1, Section 8. A person can’t assert a right to suppress evidence if it was obtained through the violation of someone else’s Fourth Amendment rights and the rights under the Pennsylvania Constitution. A person only has Constitutional rights and the right to make an argument if he or she has standing to do so.

What You Need to Know About PA Search Warrants What Is Needed For Probable Cause In A Dui Case To Stop A Vehicle?