How I would defend the person who ruined my weekend? 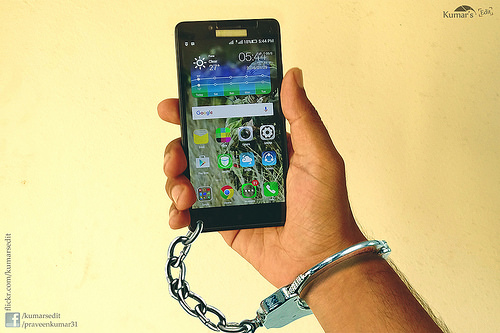 Over the weekend someone stole my iPhone from my car—a complete nightmare. Unfortunately I had left my car unlocked while taking my daughter into the house after she had fallen asleep in the backseat driving home from getting pizza. While I intended on locking the car I fell asleep while sitting in the rocker in her room (when you wake up at 4 am, you tend to fall asleep early.) I’m not sure how the thief knew that there was an iPhone in the car but he must have been looking in the area for an easy target and unfortunately my car was it! I reported the phone stolen but I don’t expect to get it back. This incident, however, made me think of how I would defend a person charged with stealing it.

Pennsylvania would charge this person with theft (movable property) graded as a misdemeanor of the first degree as opposed to a felony. It would be a misdemeanor charge because the value of the phone (approx. $600-new) was less than $2,000.00 but more than $200 unless the prosecution could establish that it was worth much more due to the content that it possessed. This, however, is a weak argument because it would be difficult, if not impossible, to prove the value of that content. Further most if not all of the content is backed up on the “Cloud.”

Pennsylvania wouldn’t have charged this person with robbery or burglary because the phone wasn’t taken by force (robbery) and the theft didn’t occur in my home or other occupied structure like my office (burglary). Pennsylvania could, however, charge this person with criminal trespassing as the thief had to climb over the fence which encloses my property to get to my car. The criminal trespass charge would be a misdemeanor of the 3rd degree. While this person didn’t break into my house he entered the property through a clearly marked fence which encloses my yard and driveway. There wouldn’t be a criminal mischief charge because there is no evidence that this person caused any damage to my property but simply took the phone out of my car.

Had he, however, broke the lock, a window, or some other damage, there would be a criminal mischief charge because the thief. This charge could be graded as a misdemeanor or felony depending upon the amount of damage caused to my property ($5,000.00 or more is a felony of the 3rd degree, $1,000.00 but less than $5,000.00 is a misdemeanor of the 2nd degree, and $500 but less than $1,000.00 is a misdemeanor of the 3rd degree. Disputing value is often a very good way of getting theft and criminal mischief charges downgraded as the prosecution is sometimes not prepared to make these arguments.

All of this evidence, however, is circumstantial because, to the best of my knowledge, no one saw this person take my iPhone. The phone’s GPS, however, did last have it somewhere in Center City Philadelphia. It appears that the thief turned it off to avoid detection. Even if the phone was on the thief’s person, the police couldn’t simply stop him on the street without reasonable suspicion that he committed this crime. An officer, however, would have reasonable suspicion if I had reported the phone stolen, provided police with information that the phone was in a specific area and that it would amplify a very unique sound (a ping) (assuming it was on of course.)

This information, in and of itself, would give police at least enough information to stop a potential suspect and perform a pat down search for investigative purposes. If during the search, the officer felt what appeared to be an IPhone he would have probable cause to search this person without a warrant due to exigent circumstances (the risk that he would lose the criminal suspect and my phone). If during the course of this search, the officer also found illegal items,he may have probable cause to search the individual if he believed, based on his experience, training and knowledge, they were some type of contraband (drugs or a gun).

If I was defending this person, I would attack the lack of direct evidence at trial but the prosecution could still make its case based on the circumstantial evidence, especially if the phone was found on the defendant. At trial, I would also attack the value of the phone and argue that the prosecution was simply guessing and using the value of a new phone. The phone in question was previously damaged and so it wasn’t worth that exact value. Before trial, I would file a pre-trial motion to suppress the evidence and argue that the police didn’t have reasonable suspicion and or probable cause to stop and search him. If the motion was successful, the prosecution couldn’t use the evidence recovered which would effectively end the case.

With that said, the thief and my phone are likely long gone but I wanted to find some silver lining from this incident. It provided me with another opportunity to put out some great information for my readers about criminal defense strategies. For more information, check out my books, newsletter and videos. I also encourage you to sign up for these great free resources.

Beware of the “easy” criminal defense! How a Routine Stop For a Bad Tail Light Can Land You In Jail!