Diabetes Can Create Errors In Bac Readings For Dui Cases

The use of Breathalyzers in DUI prosecutions in Pennsylvania is declining but the device is still used by a number of law enforcement departments including the City of Philadelphia. A blood draw is a far superior method to determine a person’s blood alcohol content (BAC). 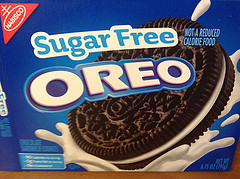 While blood tests provide stronger results a Breathalyzer is more convenient. Further, police can give a Breathalyzer test at the police station or practically anywhere because the device is portable. While they can do a blood test anywhere it requires much more preparation. Blood alcohol analysis is based on a scientific principal known as “Henry’s Law”. Henry’s Law states that when a liquid containing a volatile substance, like alcohol, makes contact with air in a closed container (Breathalyzer) the amount of alcohol in the air and the liquid are static (consistent or unchanged). Breath testing devices measure the amount of alcohol found in a person’s breath and multiplies it by a pre-determined co-efficient to arrive at a person’s estimated BAC. Breath testing, therefore, relies on scientific assumptions and constants.

Since a breathalyzer measures the amount of alcohol in a person’s body through their breath it is important to determine if any other medical conditions could negatively effect breath testing. In addition, it’s important to determine if a medical condition could cause a person to appear intoxicated when, in fact, he was just suffering from the effects of the illness.

Diabetes is one medical condition which can be a potential defense to a DUI case. Diabetes is a disease which causes the body not to produce or properly use insulin. Insulin is a hormone made by the pancreas which converts food into energy. There are two main types of diabetes: Type 1 and Type 2. Type 1 Diabetes is usually diagnosed in children and young adults. This type of diabetes causes the body not to produce insulin and only approximately 5-10% of the population suffer from this condition. Type 2 Diabetes is where the body doesn’t produce enough insulin or the body’s cells simply ignore the insulin. This type of diabetes represents 90-95% of the population who suffer from this condition.

Individuals with Type 1 Diabetes can therefore have high levels of acetone in their breath. Acetone is found naturally in the environment and is normally present in the body from the breakdown of fat. Acetone is a substance that can be falsely identified as ethanol (also known as ethyl alcohol). This condition can cause the Breathalyzer to show a false positive even when the suspect hasn’t consumed any alcohol. If the Breathalyzer doesn’t take into account the level of acetone in a person’s breath the prosecution won’t be able to distinguish ethyl alcohol from acetone. This can create reasonable doubt as to the test’s results or cause the judge to rule that he results are inadmissible at a pre-trial motion.